US President Donald Trump and SpaceX boss Elon Musk were trending on Twitter for all the wrong reasons as netizens trolled them mercilessly for some of their recent remarks.

The internet labeled the names Karen and Kevin to those who racially abuse others, violate COVID-19 safety guidelines, or just behave unusually to offend the logic or people in different walks of life. Now, those taunting titles have been earned by two most popular people in the United States - one being the president himself and the other is chief of some of the most ambitious projects in the tech, space and auto fields.

US President Donald Trump and SpaceX boss Elon Musk are being called "White House Karen" and "Space Karen," respectively. Both these trends have attracted memes from users that mock the recent behavior by the duo. Here's what led these hashtags to trend on Twitter.

Elon Musk and space have a real connection and it goes beyond just his company that launches rockets and satellites into space. There have been some conspiracies that Musk himself is an alien, but that's surely up for debate for another day. But the Twitter trend might have given a name to Musk that might even stick - Space Karen. So, what spiraled it?

Musk is quite active on Twitter, his followers would know. Over the weekend, the rant was on a different tone - questioning the effectiveness of COVID-19 testing after he claimed to have tested positive and negative for the virus multiple times the same day.

Musk is one of the few influential Americans who played down the virus, which claimed more than 246,000 lives and over 11 million people infected by it. But it wasn't Musk's tweet about "something extremely bogus is going on" about COVID-19 that got the attention, it was a reply by a bioinformatics scientist that really grabbed eyeballs.

"Rapid antigen tests trade sensitivity for speed. They return a result in

Now, that's how the trend of Space Karen started. More than 17,000 RTs and over a thousand comments and then followed some hilarious memes. One that went viral showed Musk with a feminine haircut. But that's not the only Karen that got all the attention on Twitter. Trump, who has been calling the US elections rigged and still claims to be victorious despite the odds against him, quickly turned into a trending hashtag. This time, it wasn't a phrase that got picked up, but rather a mockery people thought would be funny to call Trump on his last few days in the White House.

Trump's recent rant about winning the US elections, refusing to concede despite Joe Biden winning the presidency fair and square with 5,571,329 popular votes and 306 electoral college votes - all of it spiraled into this viral trend of "White House Karen." Obviously, Trump's tweet indicates he won't just leave the White House upon ending his term as the President of the United States. But it was really those credits he grabbed on the news of Moderna's new coronavirus vaccine, which is 95 percent effective.

Like in the case of Musk, Trump also got a "Karen haircut," which went viral. 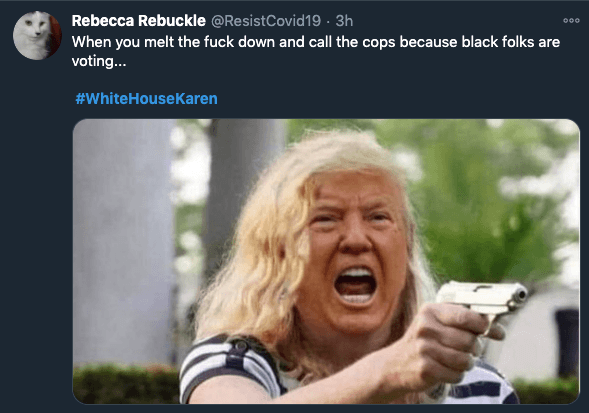 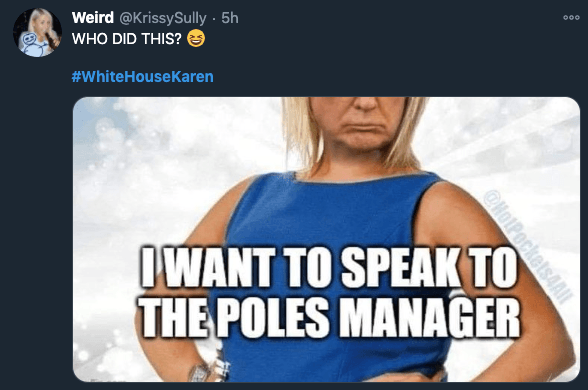 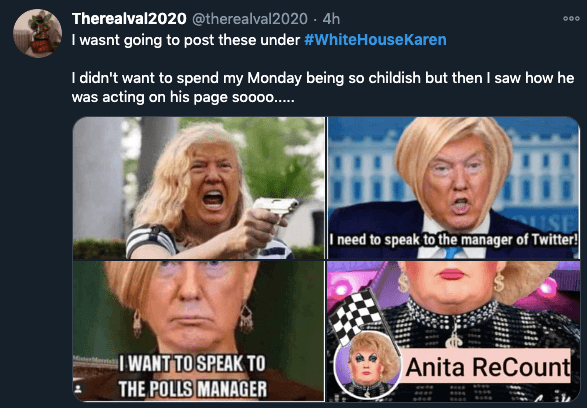 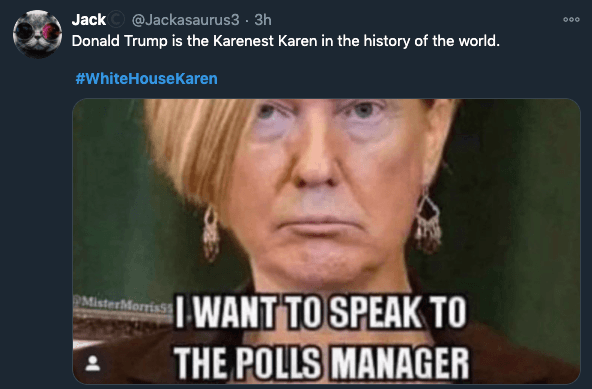 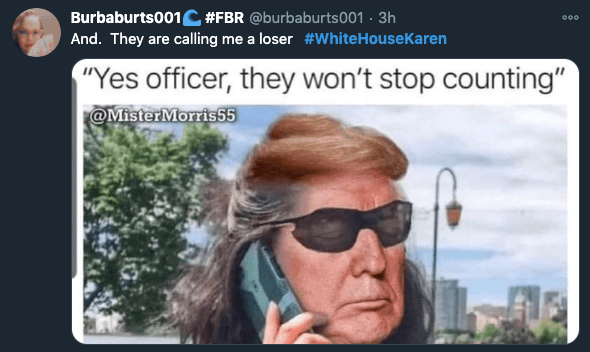 To sum it all up, White House Karen and Space Karen really set the mood for Twitter users in a huge shift from everyday life and Monday blues.