Bollywood celebrities, along with thousands of Mumbaikars, gathered on Sunday for a peaceful protest against the barbaric rape and murder of an eight-year-old girl in Kathua in Jammu and Kashmir, and sexual assault of another young girl in Unnao in Uttar Pradesh. Bollywood celebrities like Twinkle Khanna, Rajkummar Rao, Patralekha, Sameera Reddy, Tara Sharma, music director Vishal Dadlani, singer and social activist Sona Mohapatra, filmmaker Kiran Rao, Aditi Rao Hydari, veteran actress Helen were among many others who came on the streets of Bandra to protest against the incidents of rape and seek justice. Credit: Varinder Chawla
2 of 10

They were holding placards and posters that read #justiceforasifa. Some young girls were also present at the gathering holding posters that read: "This is not just rape, this is genocide with state support." Credit: Varinder Chawla
Advertisement1
3 of 10 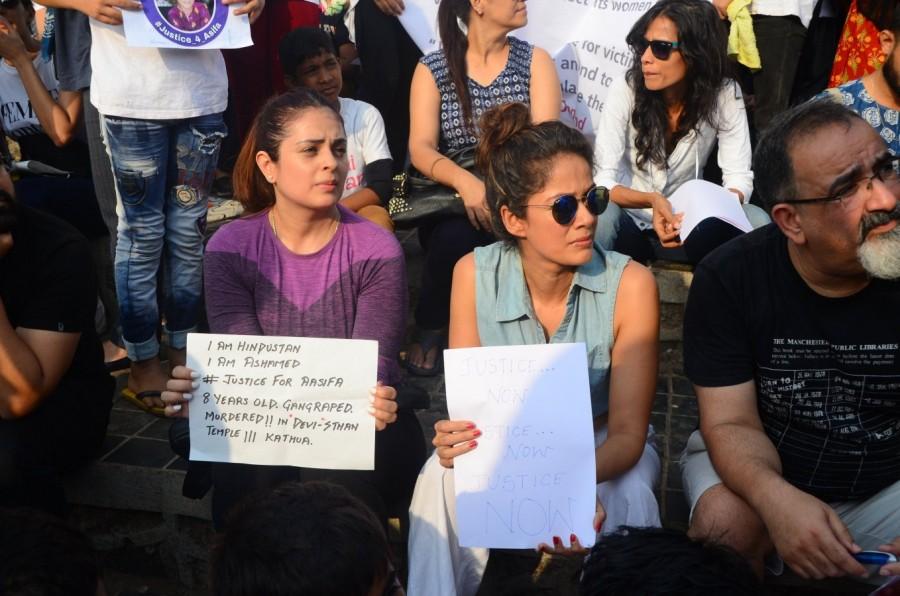 Vishal Dadlani said: "We want to stop this nonsense now... we want action and we want it now! Once the man is accused and guilty of raping and killing a baby girl, he should be hanged then and then." Credit: Varinder Chawla
4 of 10 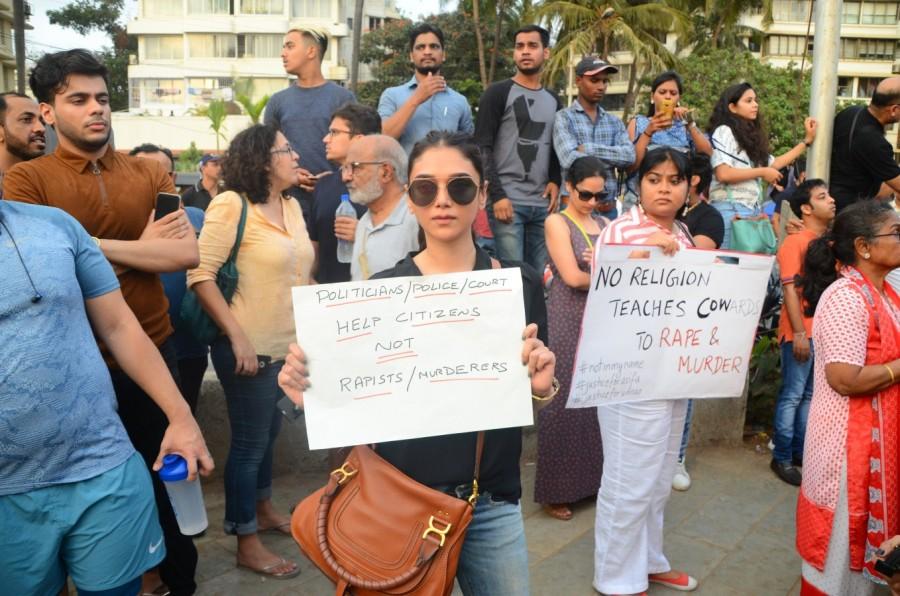 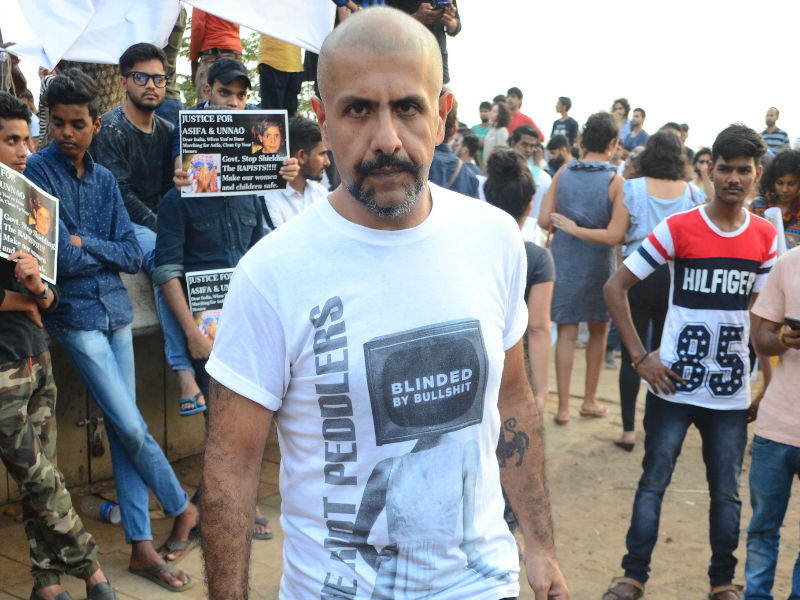 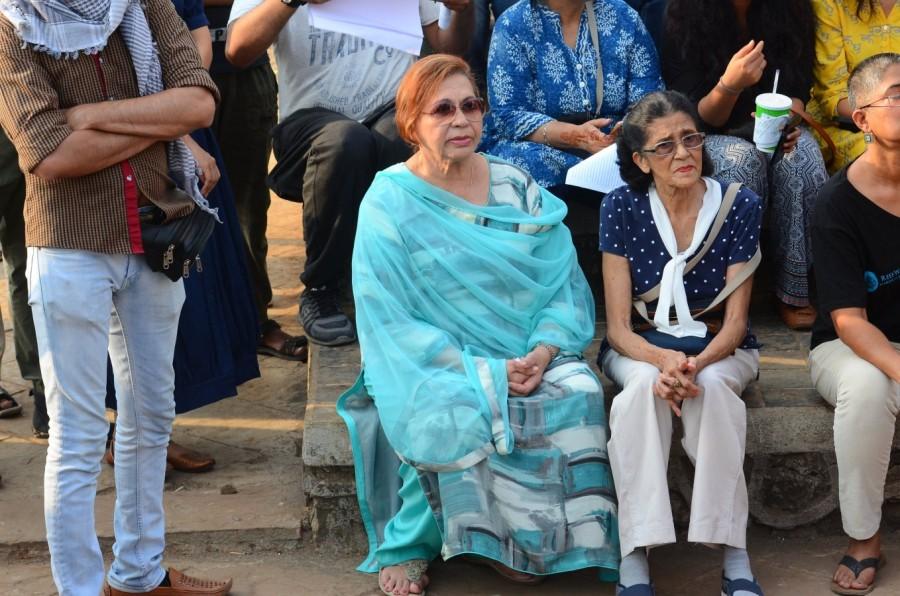 Veteran actress Helen at the protest. Credit: Varinder Chawla
7 of 10 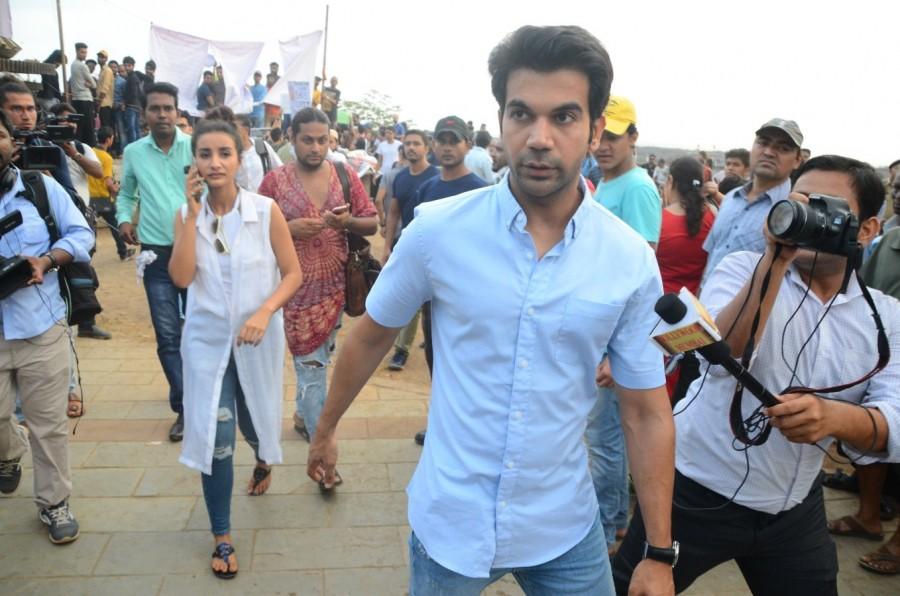 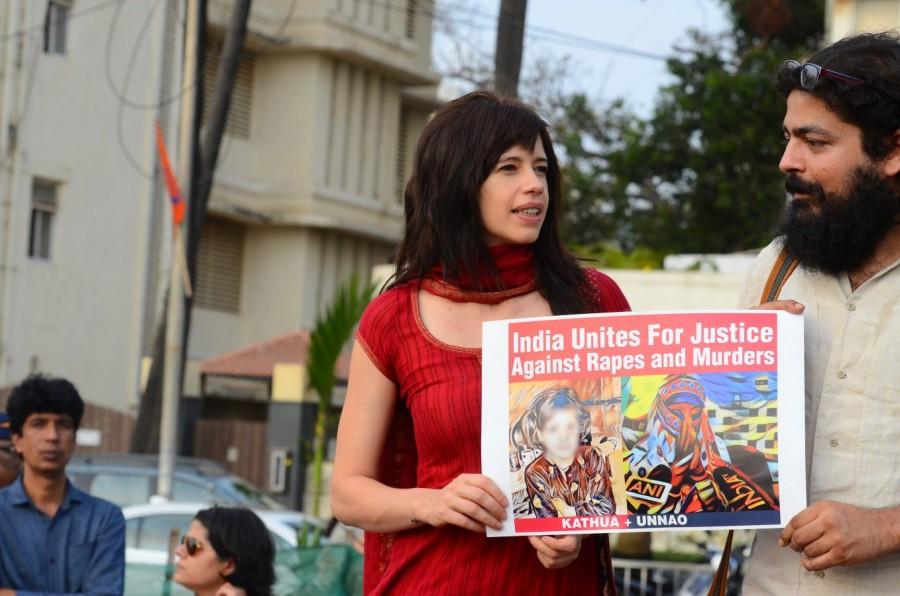 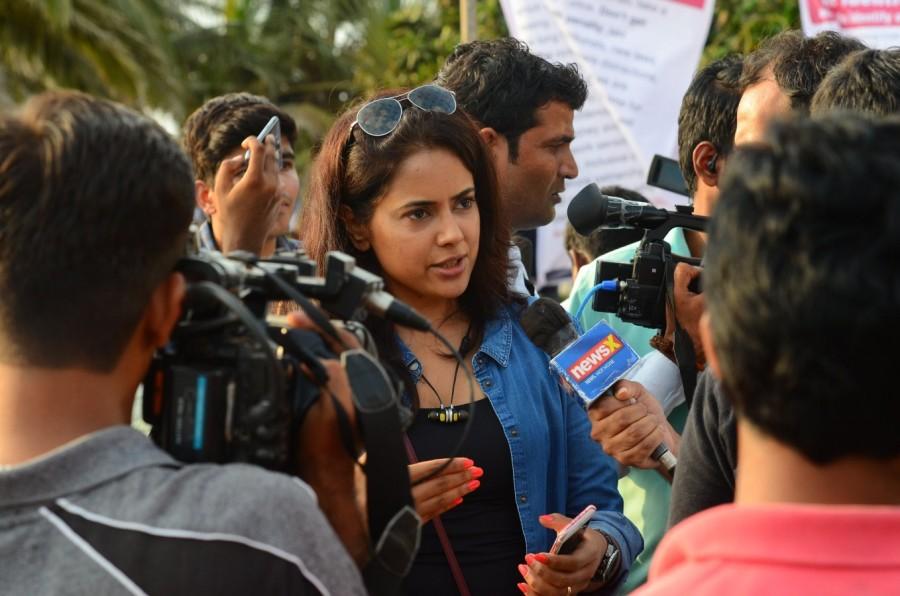 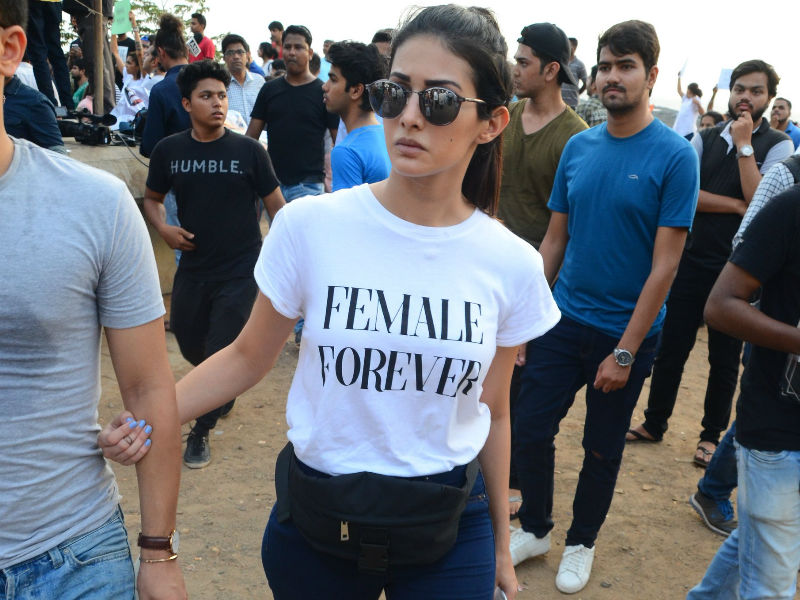