A good batting display helped India beat New Zealand by six wickets in the second One Day International at the Maharashtra Cricket Association Stadium here on Wednesday. With this result, India equalised the three match ODI series. In the first match, India were defeated by the visitors by six wickets in Mumbai. India's Shikhar Dhawan (68), Dinesh Karthik (64 not out) scored handsomely for the cause. It was a bad start for India as opener Rohit Sharma (7) departed with just 22 runs on the board. The right-hand batsman was dismissed by pacer Tim Southee in the fifth over. But Dhawan and skipper Virat Kohli (29) then forged a 58-run second wicket partnership before in-form Kohli was dismissed by Colin de Grandhomme in the 14th over. Kohli slammed three fours and one six in his 29 ball innings. Credit: IANS
2 of 5

Unperturbed by the fall of Kohli's wicket, Dhawan smashed the visitors bowlers all around the park to bring up his 22nd ODI half-century. Karthik, on the other hand, kept on supporting Dhawan by giving him the strike and punishing the bad balls. But after adding 18 runs to his half-century, Dhawan was sent packing by Adam Milne in the 30th over. Dhawan's 84- ball 68 comprised of five fours and two sixes. Incoming batsman Hardik Pandya (30) then joined Karthik and the duo played sensibly. Both batsmen added 59 runs to make their team cross the 200-run mark. But soon, Pandya was dismissed by Mitchell Santner in the 41st over when the scoreboard read 204. Needing 26 runs in 10 overs, incoming batsman Mahendra Singh Dhoni (18 not out) and Karthik completed the proceedings comfortably with four overs remaining. Credit: IANS
Advertisement1
3 of 5 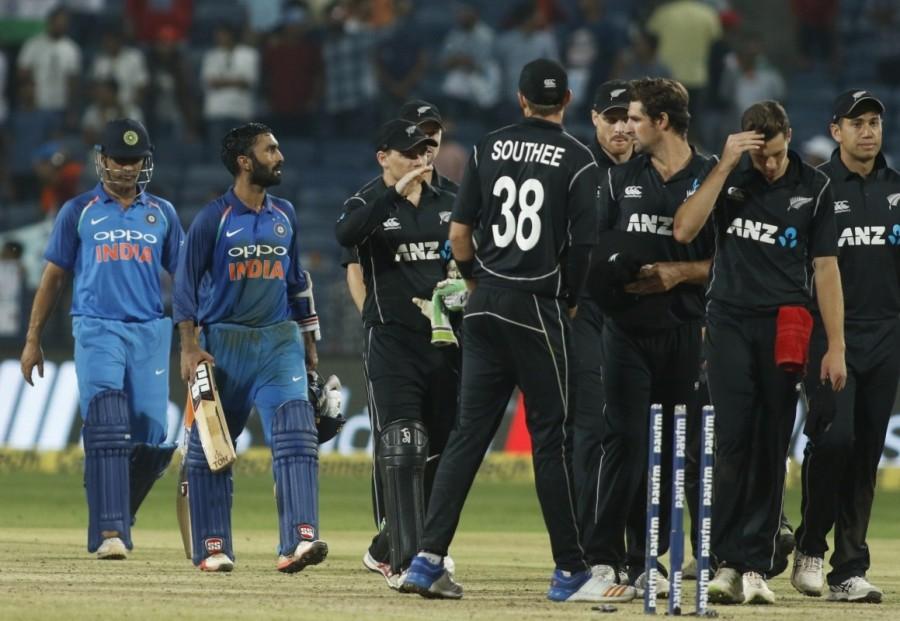 For New Zealand, Adam Milne was the most succesfull bowler, scalping one wicket for 21 runs. Earlier, disciplined bowling helped India to restrict New Zealand to 230/9. For New Zealand, middle-order batsmen Grandhomme (41) Henry Nicholls (42) and Tom Latham (38) were the major contributors. Unlike the first match, all went well for the hosts. Their bowlers chipped in with wickets at regular intervals and the fielders also rose to the occasion and made some brilliant saves. The New Zealand batsmen, on the other hand, were struggling right from the start. Apart from the three middle-order batsmen no other batsman stuck to the wicket for a long duration. Opting to bat, the visitors openers Martin Guptill (11) and Colin Munro (10) added 20 runs before pacer Bhuvneshwar Kumar sent back experienced batsman Guptill in the third over. Credit: IANS
4 of 5 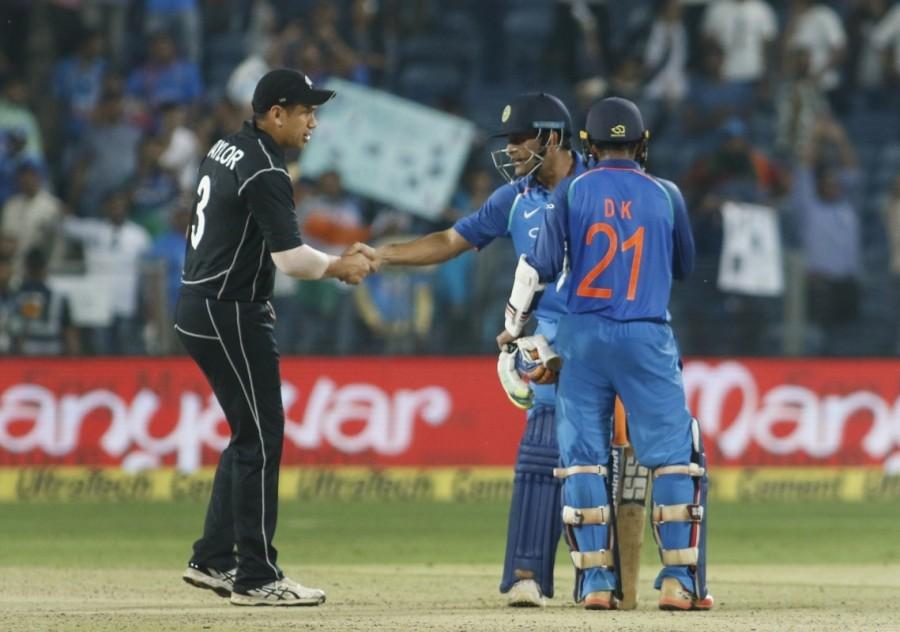 Skipper Kane Williamson (3) also failed this time as he was adjudged leg before wicket off pacer Jasprit Bumrah in the sixth over. After adding two more runs, Munro was also bowled by Bhuvneshwar in the seventh over with the scoreboard reading 27/3. Previous match stars Ross Taylor (21) and Tom Latham (38), then came into the middle. But just when things seemed good in the middle, Taylor was dismissed by Hardik Pandya in the 16th over. With top order back in the hut, it was now up to the middle-order batsmen. Latham and Henry Nicholls added 60 runs for the fifth wicket before Latham was sent packing by spinner Axar Patel. Unperturbed by the fall of Latham's wicket, Nicholls and Grandhomme stabilised the New Zealand innings as they forged 47 runs to help their team cross the 160-run mark. Pacer Bhuvneshwar once again came into play as the pacer dismissed Nicholls when the scoreboard was reading 188. Credit: IANS
5 of 5 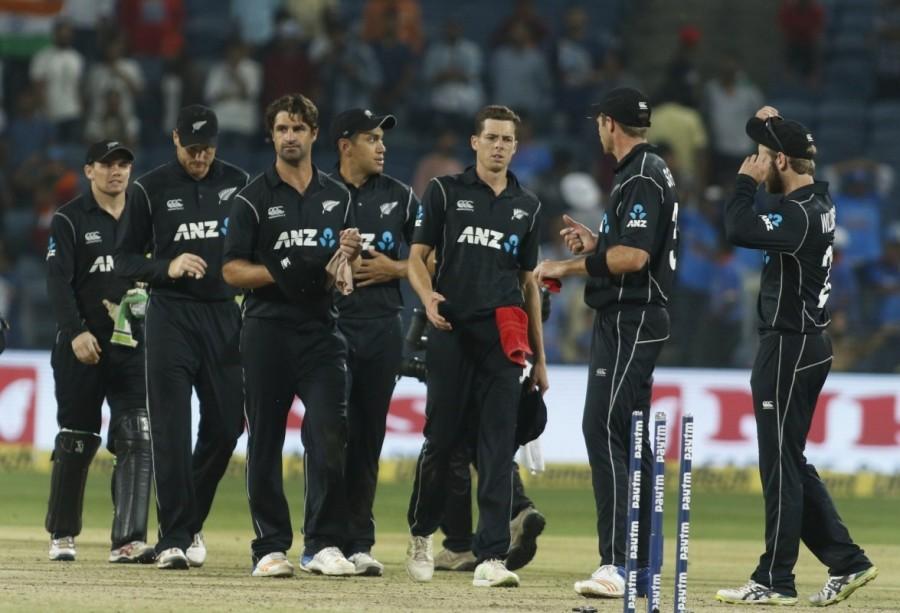 Grandhomme, however, continued to strike the ball but lack of support from the other end resulted in his wicket in the 44th over. Lower-order batsmen Santner (29) Adam Milne (0), Southee (25 not out) tried to ramp up the innings at the end but only managed to add a few runs and New Zealand could only make 230 runs in their allotted 50 overs. For India, pacers Bhuvneshwar Kumar scalped three wickets while Bumrah took two wickets. Credit: IANS
Advertisement
Related Articles