Royal Challengers Bangalore (RCB) kept their slim hopes of making to the play-offs alive after hammering Kings XI Punjab by 10 wickets in an Indian Premier League (IPL) tie at the Holkar stadium here on Monday. After the thumping win, the Virat Kohli-led side have 10 points in their kitty and victories in their remaining two games could possibly help them advance to the top four. Bangalore completely dominated their opponents as after bundling Punjab on a paltry 88 runs, the openers guided their side home without throwing a wicket. Chasing a meagre 89-run target, Bangalore openers Kohli and Parthiv Patel remained unbeaten on 48 and 40 runs, respectively, to register a comfortable win. While Kohli's knock came off 28 balls, containing six fours and couple of sixes, Parthiv faced 22 deliveries, smashing seven boundaries. Credit: IANS
2 of 6

The pair cautiously put nine runs for Bangalore in the first over. They, however, switched gears from the next over, accumulating 25 runs off the subsequent couple of overs, with the visitor's scorecard reading 36/0. They soon took their side past the 50-run mark in 4.5 overs as each of the Punjab bowler struggled to get a breakthrough. Later, riding on some lusty hits by the openers, Bangalore hunted down the target in just 8.1 overs with 10 wickets in hand. Earlier, Bangalore put up a spirited show on the field to bundle out Kings XI Punjab for a paltry 88 -- the second lowest total of this season. Pacer Umesh Yadav (3/23) starred with the ball and was well complemented by the fielders effecting three run-outs as only three of the Punjab batsmen could manage to reach double figures on a flat track. Credit: IANS
Advertisement1
3 of 6 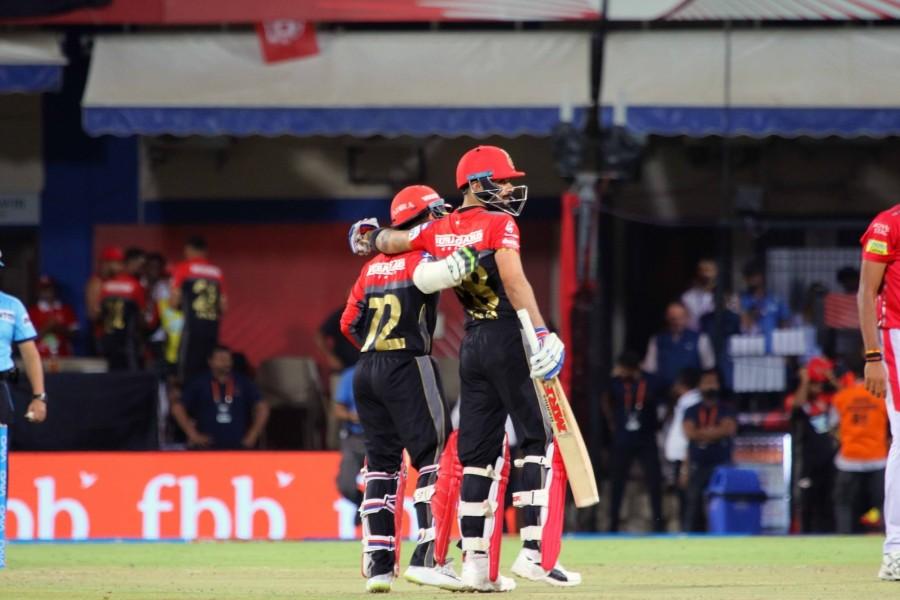 Put in to bat, the hosts squandered a decent 36-run opening start from Lokesh Rahul (21 off 15 balls; 6x3) and Chris Gayle (18 off 14, 4x4) before losing both the openers in the fifth over of the innings. Umesh could have got RCB a dream start had stumper Parthiv held on to Gayle's nick in the very first over, but the bowler had the last laugh when he dismissed both the openers in the fifth over off similar deliveries. While Rahul was caught by Colin de Grandhomme at deep square leg, Gayle went out off a top edge caught by Mohammed Siraj at the same position two balls later. Credit: IANS
4 of 6 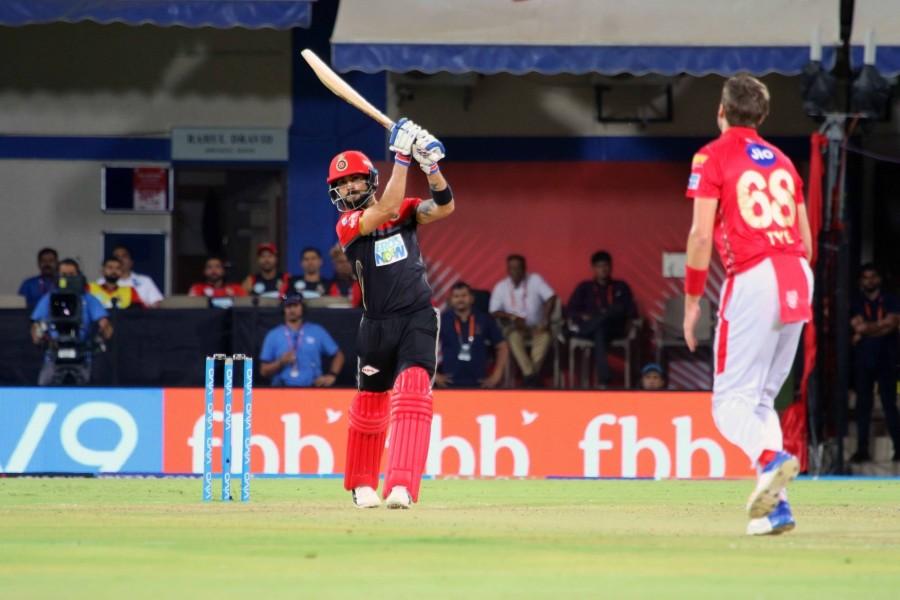 Siraj immediately joined the party with the wicket of No.3 Karun Nair (1) brilliantly caught by skipper Kohli at slip before Australians Aaron Finch (26) and Marcus Stonis (2) joined forces. But the tourists were in no mood to let the Aussies settle down as leg-spinner Yuzvendra Chahal broke through the defence of Stoinis. Finch curbed his natural instincts for a patient knock but found the going tough against the disciplined RCB bowlers before eventually losing his wicket to off-spinner Moeen Ali. Credit: IANS
5 of 6 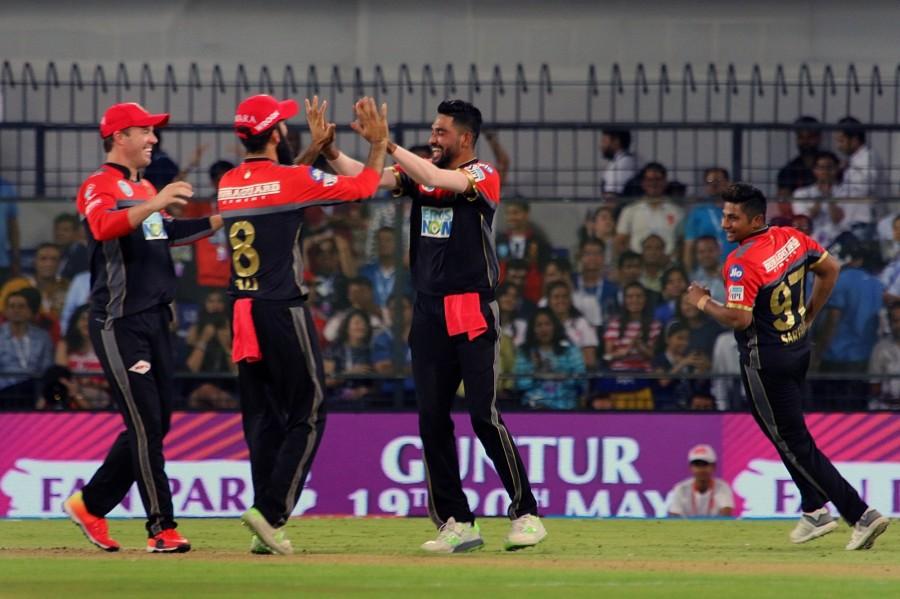 Punjab skipper Ravichandran Ashwin (0) departed the very next ball, thanks to a brilliant throw from Pawan Negi as the home side tottered at 78/7 after 12 overs. Coming back for his final over, Umesh removed Andrew Tye for a duck before RCB effected two more run outs of tailenders Mohit Sharma (3) and Ankit Rajpoot (1) to end Punjab's innings in 15.1 overs. Credit: IANS
6 of 6 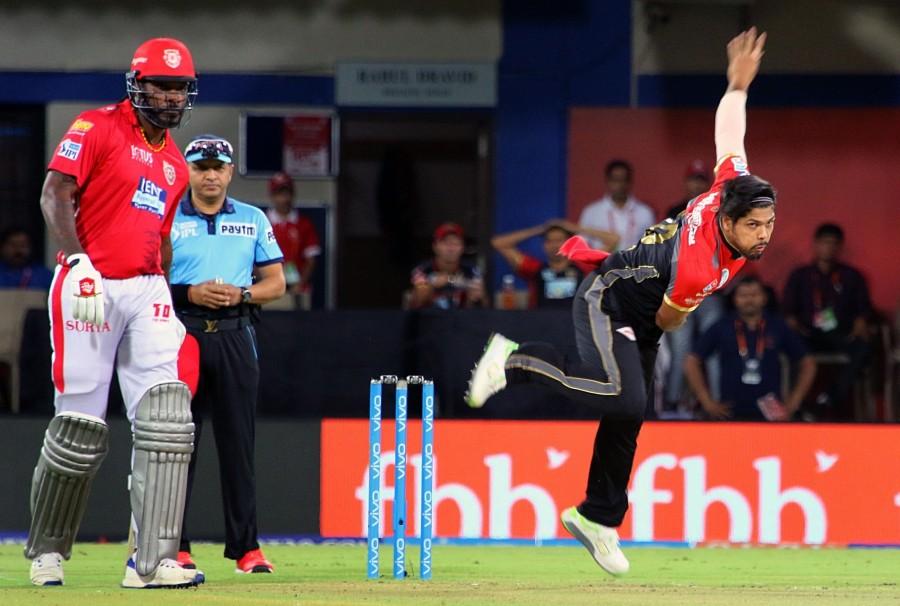 IPL 2022: Virat Kohli back in form, takes Bangalore to fourth place with 8-wicket win over Gujarat

IPL 2022: RCB vs GT live-stream, squad, timings and everything you need to know about today's match
Advertisement
Latest Gallery