Rajasthan Royals rode on a fine half century from Rahul Tripathi, combined with leg-spinner Shreyas Gopal's four-for to outclass Royal Challengers Bangalore (RCB) by 30 runs and more importantly keep themselves in the hunt for a place in the Indian Premier League (IPL) Play-offs. With the win, Rajasthan rose to the fourth spot in the IPL tally with 14 points while RCB's campaign has ended on a disappointing note, thanks to their inconsistent performances in this edition. On Saturday, the visitors made a heavy weather of their chase of Rajasthan's 164/5 to be eventually bundled out for 134 runs, with Gopal (4/16) ripping through the top order at the Sawai Mansingh Stadium here. Gopal was complimented well by fellow spinners Krishnappa Gowtham (1/6) and Ish Sodhi (1/31) while the pace twins of Jaydev Unadkat and Ben Laughlin shared the rest of the four scalps between them. Barring AB de Villiers (53 from 35 balls; 4x7) and Parthiv Patel (33 from 21; 4x3, 6x2), none of the visiting batsmen could offer any resistance to the disciplined Rajasthan bowling as wickets kept tumbling at regular intervals. While Gowtham started the onslaught with the wicket of skipper Virat Kohli (4) in the third over, Gopal accounted for the scalps of Parthiv, de Villiers, Moeen Ali (1) and Mandeep Singh (3) in quick succession. Credit: IANS
2 of 5

Despite the loss of two key overseas players in England's Jos Buttler and Ben Stokes, who have left for national duty, Rajasthan managed to keep the fight and leave the tourists high and dry. Earlier, pacer Umesh Yadav starred with three wickets to peg back the hosts, who rode on opener Tripathi's unbeaten 58-ball 80, laced with five fours and three sixes, and cameos from skipper Ajinkya Rahane (33 from 31 balls; 4x3) and Heinrich Klassen (32 from 21; 4x3, 6x1) to put a healthy 164/5 in their 20 overs. Credit: IANS
Advertisement1
3 of 5 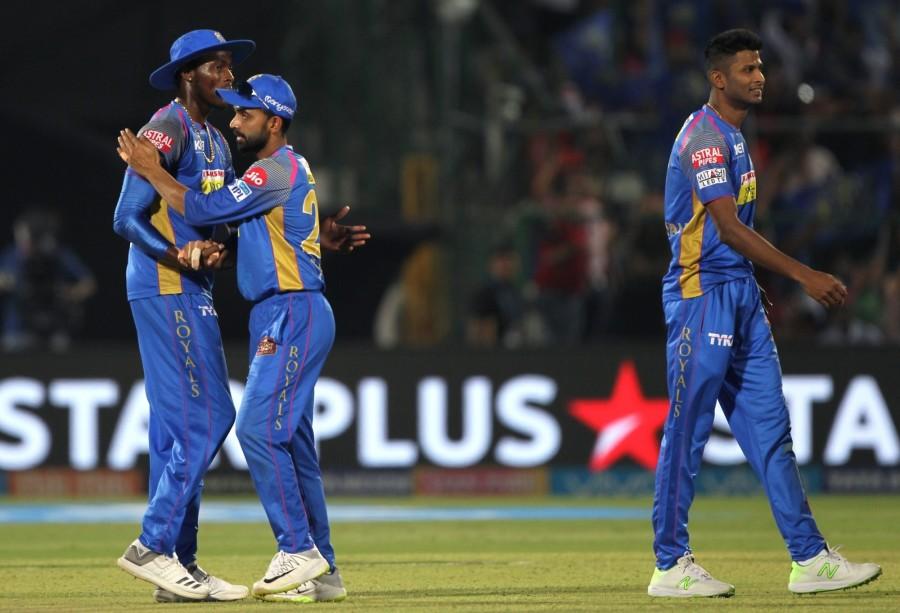 Electing to bat after winning the toss, Rajasthan's experiment to open with Jofra Archer backfired as the 23-year-old was dismissed for a duck by Umesh before Rahane and Tripathi resurrected the innings with a 99-run second wicket stand. Umesh, however returned to break the partnership with the key wicket of Rahane trapped plumb in front before getting rid of rookie Sanju Samson (0) immediately. Credit: IANS
4 of 5 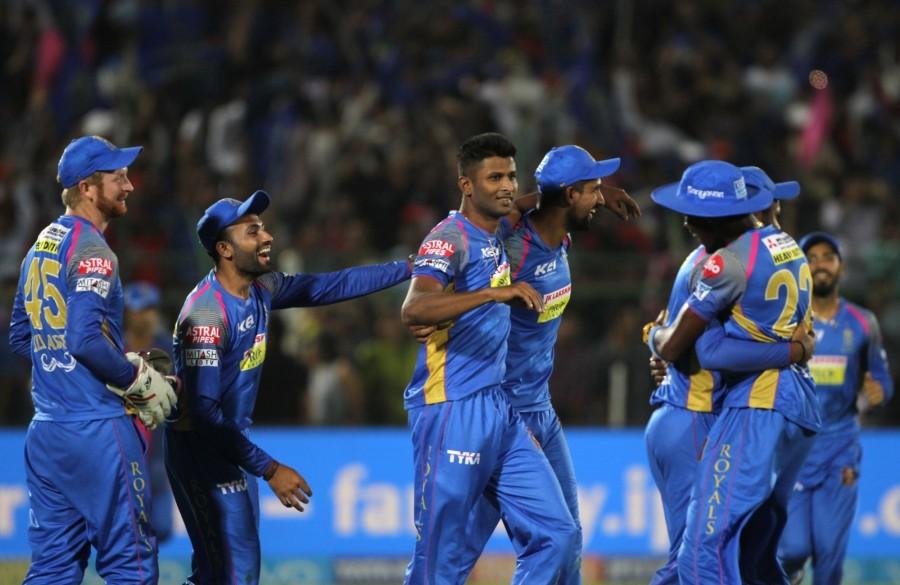 Despite losing his partners, Tripathi continued his brilliant form with the willow and finally managed to convert his starts to a maiden fifty, and together with Klassen raised 48 runs for the fourth wicket before being separated by Mohammed Siraj in the penultimate over. Klassen's wicket brought in Gowtham, who struck two lusty sixes to notch a 5-ball 14, to guide Rajasthan to some sort of respectability. Credit: IANS
5 of 5 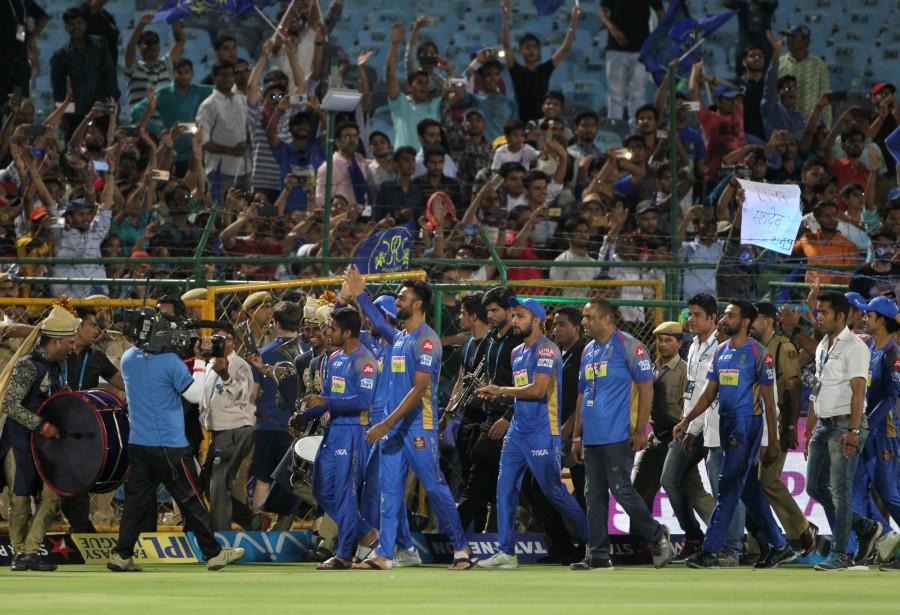