Opener Rohit Sharma's briliant unbeaten ton helped India beat Sri Lanka by six wickets to seal the five match One-Day International series 3-0 here on Sunday. Apart from Rohit (124 not out), former skipper Mahendra Singh Dhoni (67 not out) played a perfect support role at the other end after India's top order got exposed with the scoreboard reading 61/4 in 15.1 overs. The duo forged an unbeaten 157-run partnership for the fifth wicket but just when eight runs were needed, the crowd hurled bottles in the ground and the match had to be stopped. After a long wait, the umpires decided to call off the match. But, after the players left the field after the customary handshakes, security persons got the stadium emptied of spectators and the umpires then decided to resume the match. Credit: IANS
2 of 5 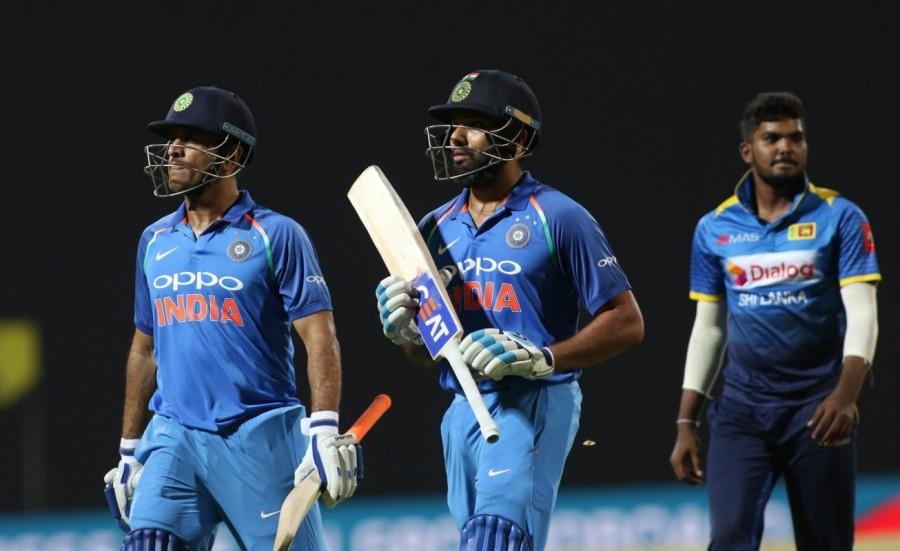 Sri Lanka won the toss and elected to bat hoping to capitalise upon the overcast conditions. But it appeared as if their batsman had not learnt any lesson from their previous defeats as many in-form and experienced batters were dismissed while playing carelessly. Apart from Thirimanne and Chandimal, no other batsman applied themselves sensibly and thus were dismissed on sloppy shots. Credit: IANS
4 of 5 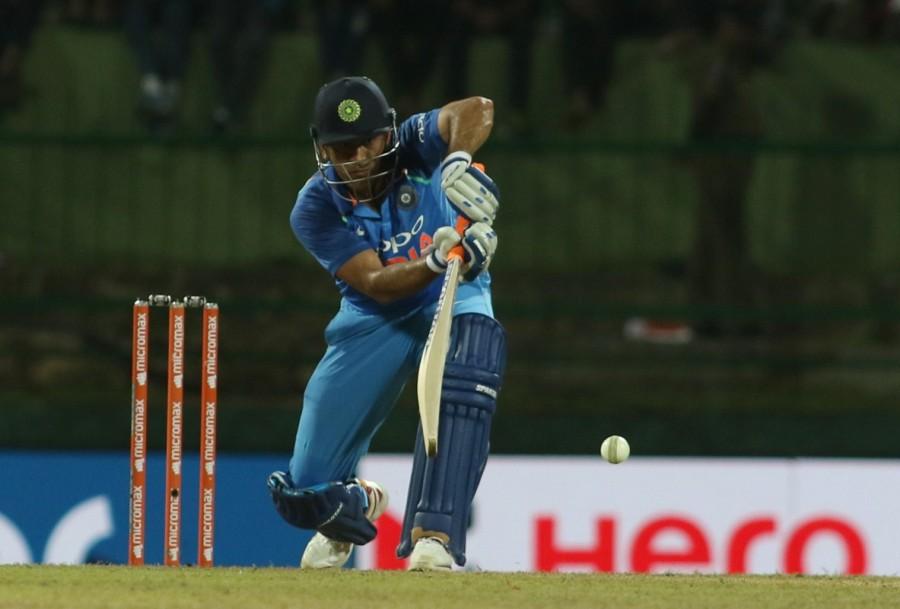 India, too, were a little sloppy on the field but unlike other matches pace bowlers also contributed handsomely this time around. Top-order batsmen Niroshan Dickwella (13) and Kusal Mendis (1) failed to support Chandimal at the other end and were sent packing early and the scoreboard read 28/2. Middle-order batsmen Angelo Mathews (11) and Chamara Kapugedera (14) also returned to the pavilion without adding much to the team's score. Milinda Siriwardana (29), however, tried to stabilise the innings but just when things seemed a little good for the hosts, rain played the spoilsport for a few minutes. Credit: IANS
5 of 5 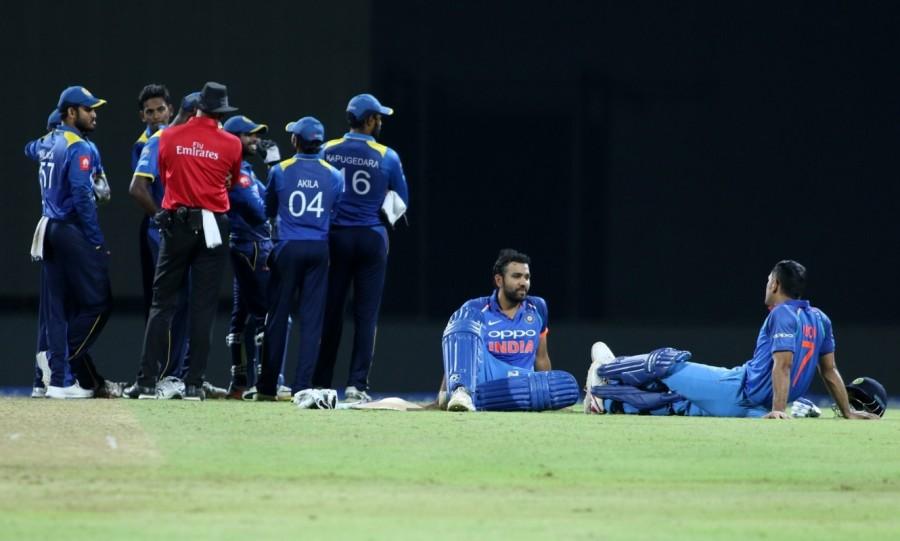 After the resumption of play, the hosts failed to continue the momentum as Siriwardana was removed quickly by Jasprit Bumrah to leave the hosts reeling at 201/8. Lower-order batsmen -- Akila Dananjaya (1), Dushmantha Chameera (6) and Vishwa Fernando (3) -- then tried to pace up the innings but failed in doing so and the hosts were restricted to 217 runs. For India, pacer Bumrah scalped five wickets while Hardik Pandya, Axar Patel and Kedar Jadhav chipped in with one wicket each. Credit: IANS
Advertisement
Related Articles