Helicopter Eela trailer poster Bollywood star Kajol who is returning to the big screen after a year with 'Helicopter Eela' will launch the film's trailer on her birthday. The 'Kuch Kuch Hota Hai' actress will turn 44 on August 5. Her better-half, actor Ajay Devgn, who is producing the movie, took to Twitter to make the announcement along with a fresh poster of the much-awaited flick. "Launching the @HelicopterEela trailer in two days on Kajol's birthday. Stay tuned!" read Ajay's caption. Credit: Twitter/ajaydevgn
2 of 3

Helicopter Eela poster Bollywood star Kajol, who is returning to the big screen after a year with 'Helicopter Eela', has shared her look from the film. In the poster, the 43-year-old can be seen handling the strings which are attached to her son, played by National Award-winning actor Riddhi Sen. The poster's tagline reads as, 'She is here, there and everywhere..' The 'Dilwale' star took to social media to share the image, writing, "Holding on to my baby be like....#MotherlyLove #HelicopterEela #14thSept @ajaydevgn @HelicopterEela @pradeepsrkar #SirshaRay @riddhisen896 @ADFfilms @jayantilalgada @saregamaglobal". Credit: Twitter/ajaydevgn
3 of 3 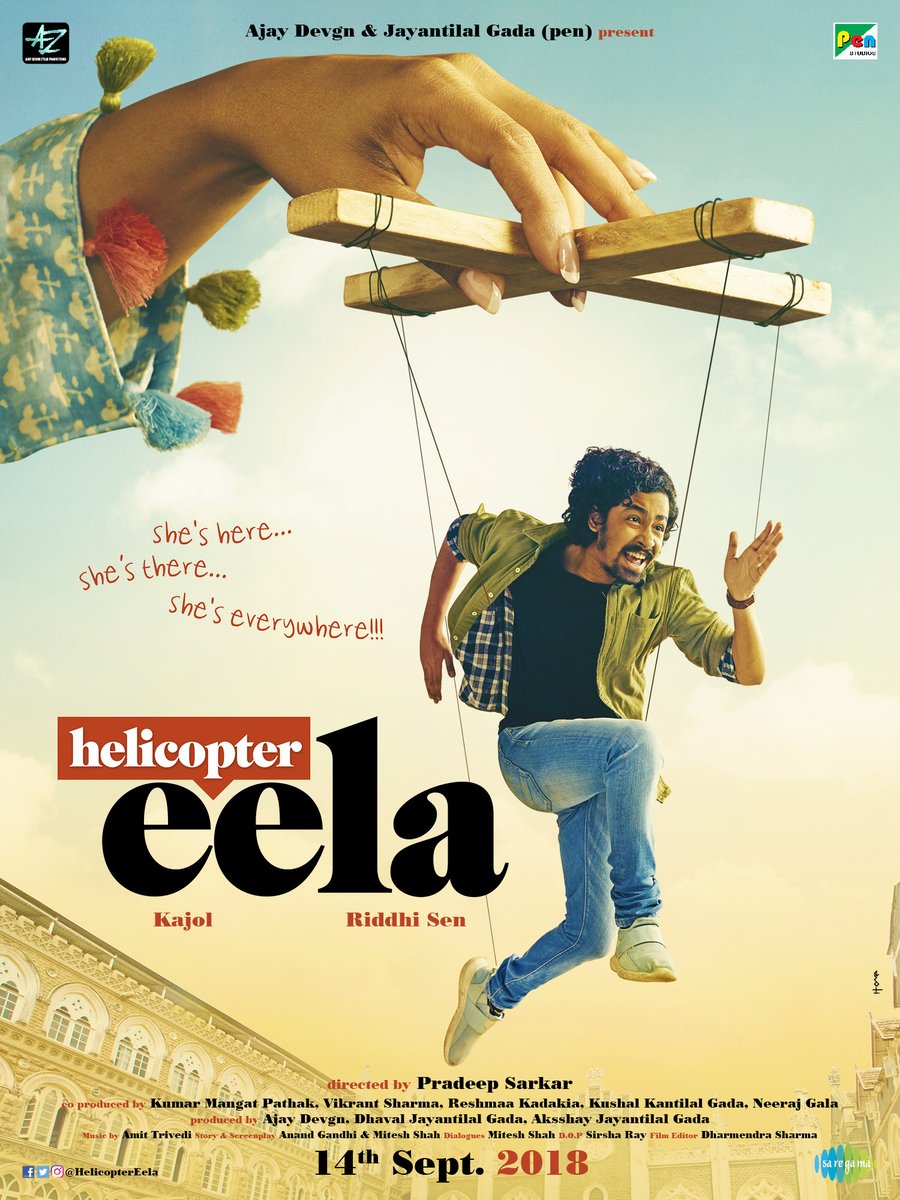 Ajay Devgn to be back with Drishyam 3 and 4? Director says: "It shall happen"
Advertisement
Latest Gallery