Actor Kushal Tandon has opened on the rumours that Ankita lokhande started dating him after she broke up with late actor Sushant Singh Rajput. He requested media to keep him out of blame game.

A leading movie portal reported on August 26 that Ankita Lokhande shared a romantic relationship with Kushal Tandon after she split from late actor Sushant Singh Rajput. Kushal was furious to read the report and he took to his Twitter account this morning to lashed out at the media house. He said that Sushant and Ankita are his good friends. He requested media to keep him out of the mess. 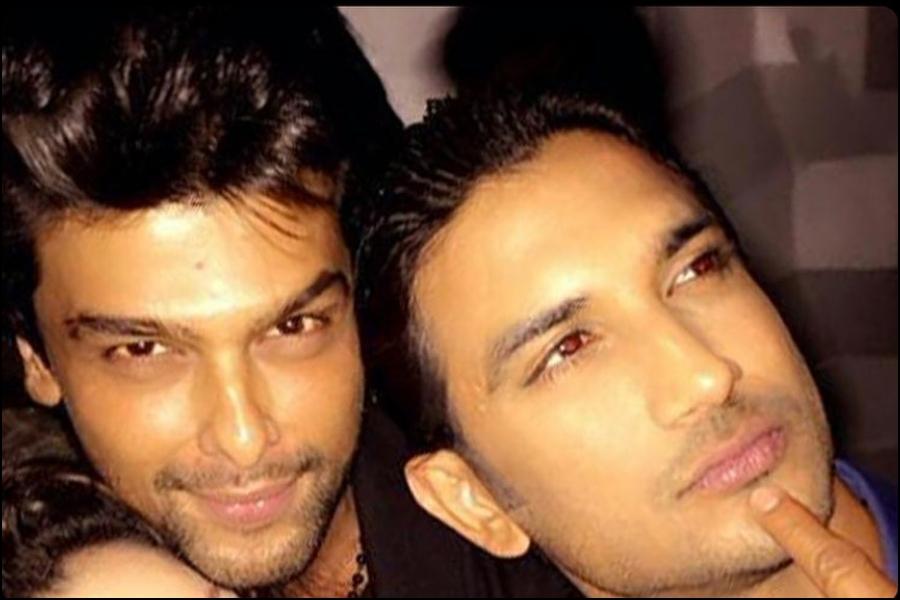 Soon after seeing the report, Kushal Tandon tweeted on Thursday (August 27), "This is a shame journalism, like really, I was a friend of both, Sushanth was a brother and @anky1912 a friend, at this time who so ever z team is trying to get my name in this blame game ... plz keep me out of this ....... shocking how we live in a world of news "

Kushal Tandon also requested everyone with folded hands to let Sushant Singh Rajput rest in peace in heaven. The actor tweeted, "And for the world plz let his soul rest in peace Folded hands it's a circus out here and the diamond must be laughing out loud from heaven ..... sushi take lite like u always did u chil it's only caos down here you angel." 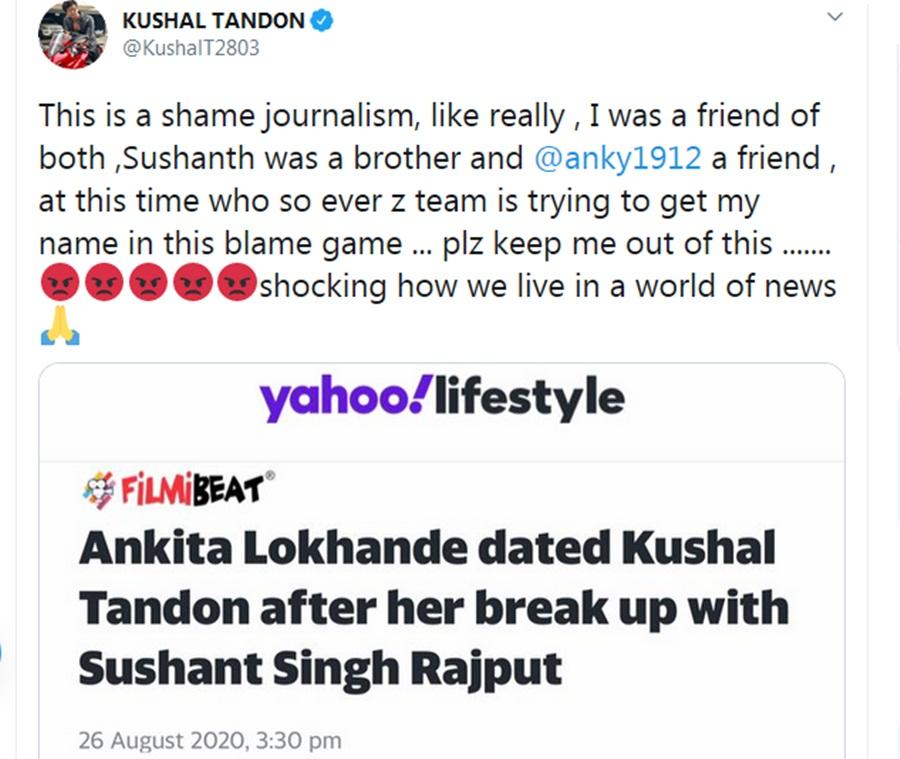 Many speculations were made about Sushant Singh Rajput's relationship with people in the film industry post his suicide. The rumours have subjected some celebs to harassment with Sushant's fans trolling and abusing them on social media. In reply to Kushal Tandon, his fans requested him not to worry about the reports, as they are with him.

Here are some fans' replies to Kushal Tandon:

OMG.. I don't know how many more rumours and blind articles these cheap journalists give.. stop it now a person has lost his life.. a kind soul the world doesn't deserve such kind soul here. Stop spreading rumours

Media Now a days are busy cooking up stories.... Instead of searching for facts & genuine reports.........

Aryan Khan's bail rejected: What's next for the star kid

Had nothing to do with Aryan: Ajay Devgn, refusing to halt shoot for Shah Rukh Khan, claims KRK