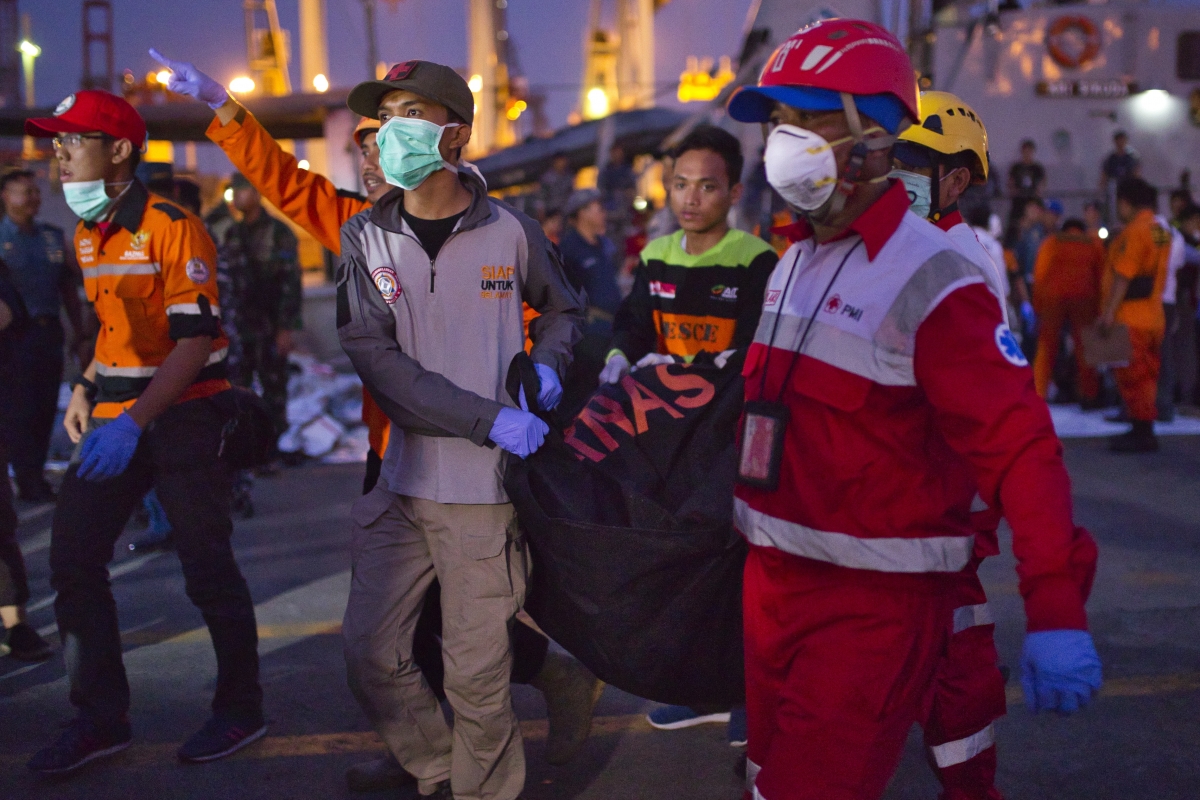 Search and rescue workers move the remains of a victim of the Lion Air flight JT 610 into a waiting ambulance at the Tanjung Priok port on October 29, 2018 in Jakarta, Indonesia.Ed Wray/Getty Images

The Lion Air jet, which crashed into the Java Sea in Indonesia on October 29 killing 189 people on board, reportedly had a faulty air speed indicator in the last four flights, the last one turning fatal.

The discovery was made after divers brought out the black box from the sea and the flight data recorder was analysed by the investigators. In a press conference held on Monday, November 5, Soerjanto Tjahjono, head of the country's National Transportation Safety Committee, said that a detailed investigation was now being conducted into the air speed indicator of the flight.

"There were four flights in all that suffered a problem with the airspeed indicator," news.com.au quoted Tjahjono as saying at the presser.

"When there was a problem, the pilot would write it down and the mechanic would do (a repair) ... Then the plane would be declared airworthy."

He added that the committee was further investigating the issue to find out if the repairs to the indicator were carried out earlier and whether any components were changed or not. The committee is also closely working with Boeing, the maker of the crashed Boeing 737 Max aircraft.

Tjahjono added that the NTSC had asked the U.S. National Transportation Safety Board and Boeing "to take necessary steps to prevent similar incidents, especially on the Boeing 737 Max, which number 200 aircraft all over the world."

"We have said there's a technical problem but we also want to know what they were discussing in the cockpit and what they were doing," Tjahjono added. "Cockpit voice recorder and flight data recorder are both important to reveal the truth in this case."

Tjahjono also revealed that the Lion Air plane was intact when it plunged into the sea 13 minutes after take off. He said that the divers had found small parts and engine blades of the aircraft, after which determined that the plane has not exploded mid-air.

Capt. Nurcahyo Utomo of the National Transportation Safety Committee (KNKT) also told CNN that there were two air speed indicators in the cockpit and the plane was set on manual mode. "One belongs to the pilot in command and one belongs to the co-pilot. One of them should have reacted to the airspeed indicator malfunction in his display," he explained.

While, it looks like investigators finally have some hint of why the Lion Air plane might have crashed, John Cox, president of consulting company Safety Operating Systems and a former airline pilots wonders how the crew on the previous flights handled the issue and why the crew on the doomed couldn't deal with the glitch.

"I'm still of the opinion that losing airspeed on the airplane shouldn't result in losing the airplane," Cox told Bloomberg.

The recovery team is still carrying out search operations and a diver also lost his life during the mission. Syachrul Anto was a part of the mission and did not return to the surface after 4 pm on November 2, when the mission was called off for the day due to bad light. The mission's team leader Bayu Wardoyo said the 48-year-old diver's body was retrieved around 9.30 pm local time.

He was then rushed to the hospital unconscious and with no pulse and is said to have died of decompression issues.

India takes over UNSC presidency with pledge to work for humanity, focus on terror [details]
Advertisement
Must Read
Advertisement