As it was a national holiday, War performed excellently at the box office, becoming the biggest Bollywood openers of all time, 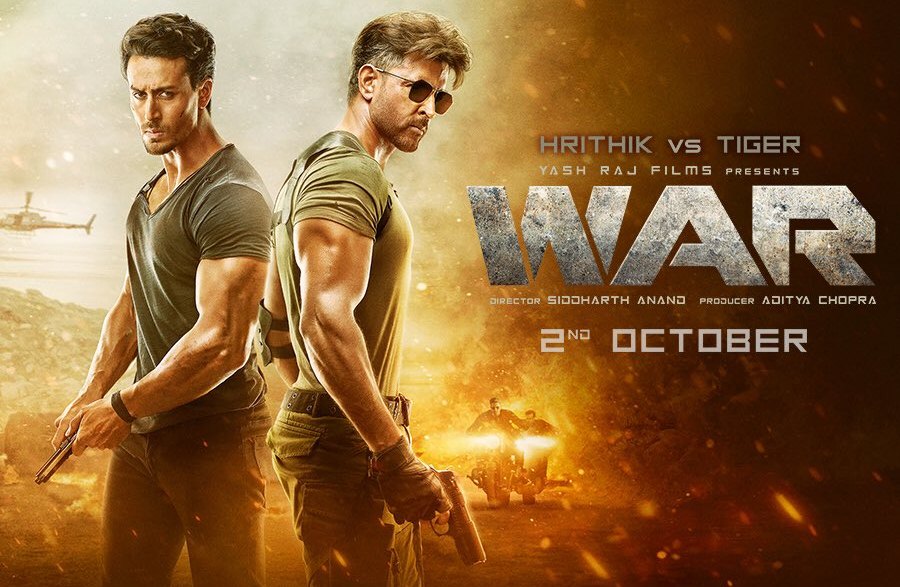 Yash Raj Films' big movie War that features Hrithik Roshan and Tiger Shroff took a splendid opening at the box office on Wednesday. The movie ended its day 1 with a huge collection, and became the biggest opening day Bollywood grosser of all time.

War witnessed an overwhelming advance booking response, and reportedly registered the highest ever advance booking of around Rs 32 crore for a Hindi movie. The action drama went houseful in various circuits of the country on first day.

Although Hrithik and Tiger's big film faced competition from Sye Raa Narsimha Reddy, War managed to register a record breaking day 1 box office collection in India. It reportedly enjoyed an occupancy of around 70 percent in theatres across the country. The footfalls increased manifold towards afternoon and evening shows.

Directed by Siddharth Anand, War received mixed response from the critics, but the film's mass appeal attracted huge audience on opening day. Although the film's collection will witness a dip on second day, it is likely to still make good moolah even before the weekend due to the overall positive word of mouth.

If the word of mouth continues, War is expected to witness massive jump in its collection as the weekend starts.