One terrorist was killed in an encounter that broke out in Ganderbal district of Jammu and Kashmir.

Two or three terrorists tried to stop a civilian vehicle on Saturday (September 28) morning on the Jammu-Srinagar highway. The driver of the vehicle quickly informed the Army personnel about the presence of two suspicious individuals on the highway in Batote of Ramban district.

Following the inputs, the security forces launched a cordon and search operation in the area. "Today morning at about 7.30 am, two suspicious individuals, tried to stop a civilian vehicle at the general area Batote on the highway. The driver was alert, did not stop the vehicle and rushed and informed the nearest Army post," an Army official told news agency ANI.

One terrorist was reportedly killed in the encounter that broke out in Ganderbal district of Jammu and Kashmir. Also, heavy rainfall in the area made the search operation difficult for the forces.

Meanwhile, the terrorists have barged into a house in the Batote area and have also taken hostage an elderly person, who is the house owner. The terrorists fired at the security forces before entering the home.

People residing nearby have been asked by the police personnel to remain inside their home as a safety measure for the hostage inside and others. The movement of traffic has also been stalled from the Jammu side, as well from Ramban.

A grenade was also hurled on Army troops in Safakadal, Srinagar, earlier today. No injury or loss of life was reported after the incident.

However, an encounter is still underway as there are two more terrorists present in the area. The security forces had to launch a joint operation against terrorists in Ramban, Doda and Ganderbal areas of Jammu and Kashmir. 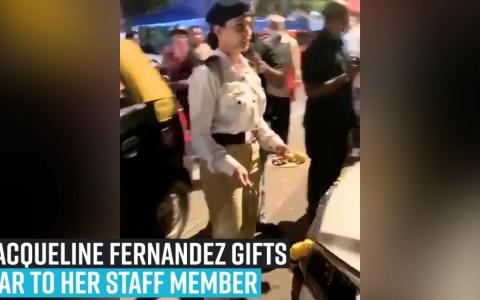 Close
Jacqueline Fernandez gifts car to her staff member
Why advertise with us?
most popular