If the latest reports are to be believed, Shah Rukh Khan and Salman Khan will once again share screen space in a two-hero adventure film. As much as their infamous fight at a nightclub or on the sets of Chalte Chalte, Shah Rukh Khan and Salman Khan are also known for their unimaginable bond of friendship and brotherhood. When the two joined hands and became friends after their infamous public brawls, SRK and Salman made their fans rejoice after they recreated Karan Arjun moment on Bigg Boss show. And if the latest reports are to be believed, the two super Khans will once again share screen space in a two-hero adventure film.

Actor and producer Nikhil Dwivedi has apparently managed to convince both Shah Rukh Khan and Salman Khan to star in a two-hero film. Nikhil is good friends with both the superstars and perhaps that is the reason why the two actors have reportedly given their nod to the upcoming project. According to Deccan Chronicle, Nikhil has also locked on the script and a director for the film. 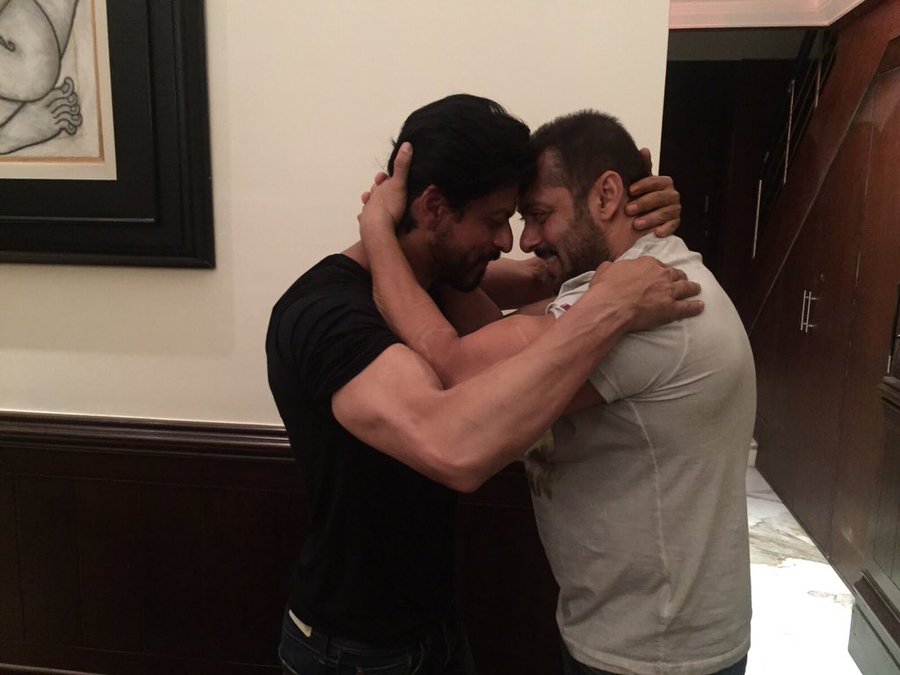 If this particular news turns out to be true, it would surely be a historical moment to watch Shah Rukh Khan and Salman Khan showcasing their chemistry on the big screen. This would mark their fourth movie together after Karan Arjun, Kuch Kuch Hota Hai and Hum Tumhare Hain Sanam.

In 2018, Salman had done a cameo in Shah Rukh Khan starrer Zero wherein the Dabangg Khan was seen dancing on the tunes of an upbeat song Issaqbaazi. The film was directed by Aanand L Rai and also featured Katrina Kaif and Anushka Sharma in lead roles. However, the movie terribly bombed at the box office incurring severe losses to the King Khan and shaking his superstar image. Shah Rukh Khan had been away from showbiz for the past couple of years and haven't even announced his upcoming project.