Who is SN Shrivastava, the new Delhi Police chief?

Senior IPS officer SN Srivastava has been given additional charge as the Commissioner of Delhi Police from March 1 until further orders. This comes days after Srivastava was made Special Commissioner (Law and Order) by the Home Ministry after bringing him from the Central Reserve Police Force (CRPF) to end the violence over the controversial citizenship law in Delhi.Official statement.

MHA issued an order stating, "With the approval of the Competent Authority, SN Shrivastava, IPS (AGMUT:1985) presently posted with Delhi Police, as Special CP, is hereby given the additional charge of the post of the Commissioner of Police, Delhi." 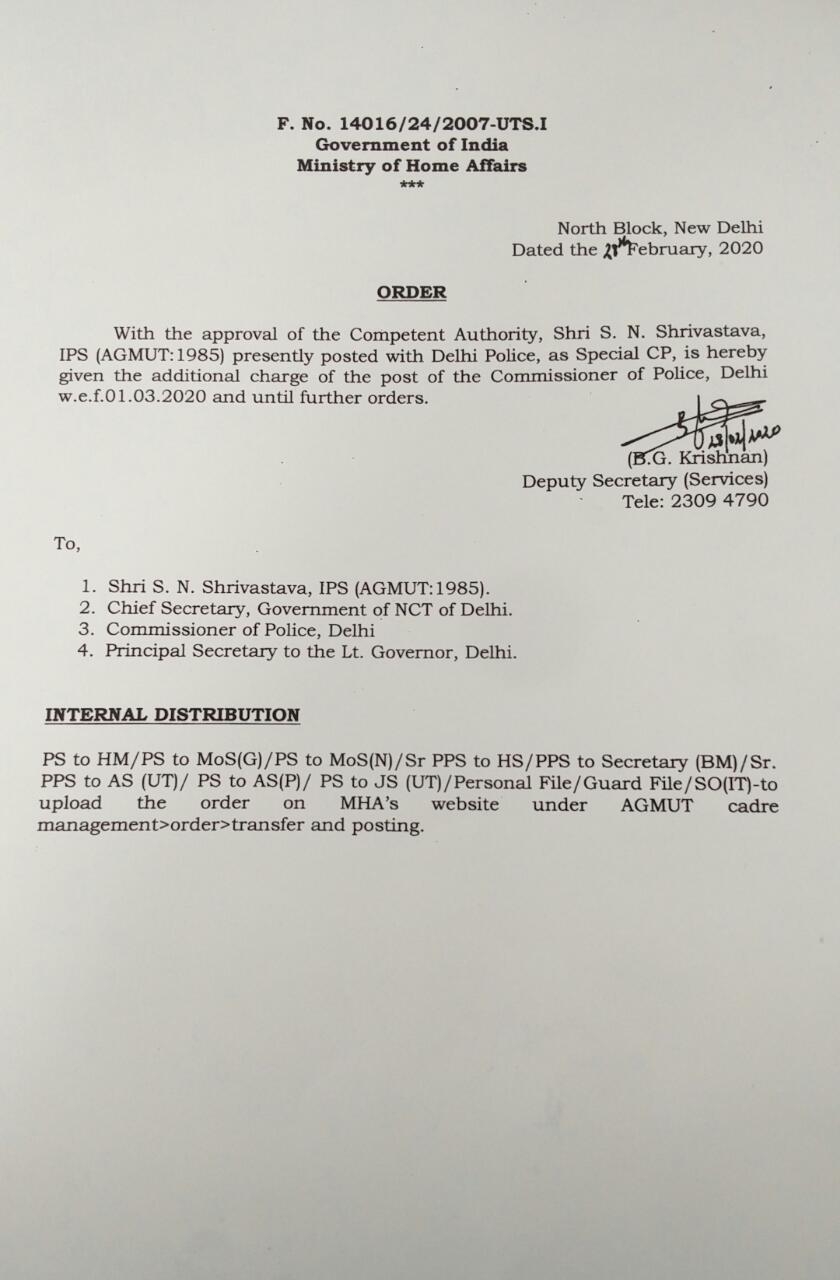 Srivastava, a 1985-batch AGMUT cadre officer has taken over as the new Delhi Police chief after Amulya Patnaik's extended tenure ends on February 29.

An order issued by the home department of the Delhi government said the officer is being appointed to the Delhi Police post with "immediate effect". Immediately after taking over, Srivastava took part in a security review meeting called at Home Minister Amit Shah's residence.

The Central Reserve Police Force, where Srivastava was serving as the Special Director General (Training), also issued an order relieving the officer to join the new post after the home ministry ordered his premature repatriation from the paramilitary force.