There have been a lot of rumours on Janhvi making her debut in Telugu film industry. But looks like she is going to make it this time.
3 hours ago

Advisor to Jammu and Kashmir LG GC Murmu, RR Bhatnagar has also been placed under institutional quarantine for now.
11 hours ago

If things go as per plans, Uppena might be the first film to release immediately after theatres re-open.
1 day ago

Spit attacks and coughing attacks are common these days and several reports have come in from countries across the world.
2 days ago

OFT simply means 'Only for Theaters', and the pre-production works of the first movie in this concept have already begun
2 days ago

Puri Jagannadh, who is working on Vijay Deverakonda's Fighter, has approached none other than Salman Khan for a film.He was also in talks with stars like Yash and Balakrishna.
2 days ago

Actress Namitha, who is not seen much in movies since her wedding, has unveiled a new song on Prime Minister Narendra Modi.
3 days ago

Malavika Mohanan has spoken about working with Thalapathy Vijay in Master and shared her shooting experience with the team.
3 days ago

A wreath laying ceremony was held at District Police Lines Awantipora to honour martyr Anoop Singh after he was shot dead in a terrorist attack in Pulwama.
4 days ago

Malavika Mohanan, during a chat session with her fans on Instagram, has opened up her favourite filmmaker, musician, etc.
4 days ago

Mohanlal 60th birthday: Check out the list of the complete actor's underrated movie

Mohanlal is now the only actor in Mollywood who has a Pan Indian outlook, and fans all over the nation
4 days ago

Vijay is the Most Popular Male Stars in Tamil Cinema in the month of April 2020. Here is the top 10 list.
4 days ago

Director Shoojit Sircar describes Gulabo Sitabo, starring Amitabh Bachchan and Ayushmann Khurrana as a comic satire, with Lucknow playing an integral part of the plot.
6 days ago
1 2 3 4 5 6 7 8 9 10 Next 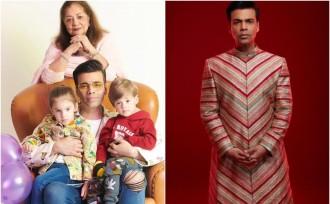