Sania Mirza on missing hubby Shoiab Malik for Eid: It's been really tough on us, being stuck in two different countries

Sania Mirza is not able to celebrate this Eid with her husband and Pakistani cricketer Shoiab Malik as the country is lockdown to prevent the spread of Coronavirus.
4 days ago

Director Krish aka Radha Krishna Jagarlamudi is said to have made a major change to his plans for the shooting of power star Pawan Kalyan's next movie PSPK 27, which will be titled Virupaksha.
8 days ago

Why did Harish Shankar prefer to direct 14 Reels Plus' film before Pawan Kalyan's PSPK28?

Harish Shankar of Gabbar Singh announced to direct 14 Reels Plus' film before he takes up Pawan Kalyan's upcoming movie PSPK28. It has come as a bad news for the power star's fans.
10 days ago

Vivek Agnihotri is not impressed with Anushka Sharma's Paatal Lok for its hate-filled content.
12 days ago

The lewd conversations from The Bois Locker Room had created quite a stir on social media after a series of screenshots from the private group were leaked online.
21 days ago

Three back-to-back industrial accidents were reported from the states of Andhra Pradesh, Chhattisgarh and Tamil Nadu on Thursday as factories resumed operations post lifting of lockdown curbs.
22 days ago

Apple and Google's contact tracing system won't allow apps built using its API to use location services in smartphones, addressing some concerns privacy experts might have.
25 days ago

Grand Theft Auto fans are desperately waiting to get their hands on GTA 6 — another multiplayer game that will offer an open world full of adventure and missions.
Apr 23, 2020

Director Sriram Venu has reportedly planned to action scene in his upcoming movie Vakeel Saab. Power star Pawan Kalyan said to be introduced with a terrific action episode in the movie.
Apr 22, 2020

With Avengers: Endgame, we not only saw the last of Iron Man and Caption America but also the Avengers as we all have known and loved from the last ten years.
Apr 21, 2020

Chiranjeevi served a mega treat for his mega fans on Sunday. He has shared a photo of him having breakfast with his mother, brothers Pawan Kalyan and Nagababu and sister Vijaya Durga.
Apr 19, 2020

Apple is reportedly planning to launch the iPhone 12 Pro Max later this year with a major camera upgrade as compared to the current flagships.
Apr 18, 2020 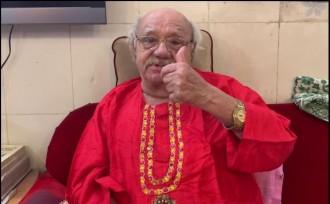 Bejan Daruwala dies at 89: 10 things you didn't know about famous astrologer
2 hours ago
MOST POPULAR