Celebrity couple Noel Sean and Ester Noronha have announced the news of their divorce. They had tied the knot in January 2019.
Sep 1, 2020

Director EVS Goutham has spilled the beans on the story of his upcoming movie 'It's Time to Party' and the details of the role played by Sreemukhi, who is the runnerup of Bigg Boss Telugu 3.
May 12, 2020

Megastar Chiranjeevi Konidela, Mahesh Babu, Kajal Aggarwal, Rashmika Mandanna and other Telugu celebs have shared rare and unseen photos and videos of their moms on the Mother's day.
May 10, 2020

Naresh on Keerthy Suresh playing Vijaya Nirmala: 'We have not given permission for any biopic'

Telugu actor Naresh has opened up about rumours that Keerthy Suresh playing his mother, late legendary actress Vijaya Nirmala and also cleared that his family has not given permission for any biopic.
Apr 29, 2020

Nagarjuna Akkineni's Bigg Boss Telugu 3 has registered the highest TRPs of 18.29 for its grand finale and beaten the records of season 1 and 2, which were hosted by Junior NTR and Nani.
Nov 14, 2019

TV anchor Sreemukhi is said to have got Rs 1 crore as her remuneration for Bigg Boss Telugu 3. It is said to be the highest among the rest of her housemates, including winner Rahul Sipligunj.
Nov 6, 2019

Nagarjuna and Chiranjeevi were all praises for the television host for being strong in the house and for winning millions of hearts.
Nov 4, 2019

Punarnavi Bhupalam is all happy with Rahul Sipligunj and Sreemukhi emerging as the winner and runnerup of Bigg Boss Telugu 3. She congratulated both and wished success for their future.
Nov 4, 2019

Nobody wants to lose, but rest is fate and luck, says Sreemukhi on being runner up

The ace television host was appreciated by Nagarjuna and Chiranjeevi for being the power house of the show and winning many hearts.
Nov 4, 2019

Bigg Boss: Feels like I have climbed all the steps to success, says winner Rahul Sipligunj

In the end of his speech, Rahul thanked his parents and fans for all the support and love they showered upon him. By hugging Sreemukhi on the stage, he said he ends his rivalry with her.
Nov 3, 2019

Bigg Boss Telugu 3 grand finale LIVE updates: Nagarjuna invited Sreemukhi and Rahul Sipligunj on the stage. Chiru said it is a great achievement for the two to reach the top two spots. The host asked Bigg Boss to bring the trophy. Chiranjeevi declared Rahul the winner, Sreemukhi is the runnerup.
Nov 3, 2019

TV anchor Sreemukhi (Srimukhi) is an energetic, competent, focused, multi-talented and entertaining contestant of Bigg Boss Telugu 3 and she deserves the winner's trophy of the show.
Nov 3, 2019

Sreemukhi, Baba Bhaskar and Varun Sandesh are very upset with massive number of votes for Rahul Sipligunj in the online surveys conducted to predict the winner of Bigg Boss Telugu 3.
Nov 3, 2019
1 2 3 4 5 6 7 8 9 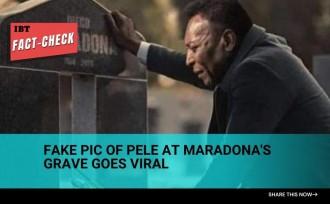 Fact-check: Viral pic of Pele grieving at Maradona's grave is fake
15 hours ago
MOST POPULAR