5 key witnesses who were at Sushant's flat under CBI lens

The CBI is zeroing in on five key witnesses in the Sushant Singh Rajput death case, who were either present in the flat or reached there after hearing the news of his death before the Mumbai Police.
2 days ago

Rhea Chakraborty has shared screenshots of the conversation she had with her boyfriend, late actor Sushant Singh Rajput, in which he expressed concerns about his sister Priyanka, calling her evil and manipulative.
4 days ago

Rhea Chakraborty, who was grilled by Enforcement Directorate (ED), has shared a letter from his diary along with a photo of the only property of Sushant that she claims to be having.
6 days ago

Exclusive | 'Our next is a Bollywood-Hollywood film based on Elvis Presley's love life': Writers Siddharth & Garima

In a freewheeling conversation with International Business Times, India, dynamic duo Garima and Siddharth spoke about working with Akshay Kumar, if they ever change the script of the film as per the demands of an actor, their first Hollywood crossover film and more.
7 days ago

'Punjabi songs have been hustling for years to get its due in big Bollywood films': Millind Gaba (Exclusive)

In an exclusive conversation with International Business Times, India, Millind Gaba shared his journey from being a backstage musician to now conquering the Punjabi music industry, his take on Punjabi songs finally getting its due in Bollywood and more.
8 days ago

In an exclusive freewheeling chat with IBTimes, Ravi Dubey spoke at length about his newly penned poem, why he regrets being an engineer and the secret to his long-lasting relationship and more.
10 days ago

Sujeeth of Prabhas' Saaho fame has married Pravallika in a low-key event. They had their engagement ceremony in June
11 days ago

Unable to get liquor due to the Covid induced lockdown in place, nine people died after consuming sanitiser in Prakasam district of Andhra Pradesh, police said on Friday, July 31.
14 days ago

In an exclusive conversation with International Business Times, Siddharth Slathia spoke at length about his struggles, why he never got the signed contract from one of the biggest music company, his new songs and more.
14 days ago

It looks like the Indian armed forces were great admirers of the Mohra girl, Raveena Tandon who played a vital role in the 1999 Kargil war between India and Pakistan.
18 days ago

Rakul Preet Singh is 'waiting to hit the gym'

Rakul Preet Singh is all dressed up to hit the gym.
24 days ago

Ace filmmaker Mani Ratnam has reportedly signed actor Suriya, who will be next seen in Soorarai Pottru, for his debut OTT titled Navarasa.
Jul 13, 2020

Rakul Preet Singh is 'waiting for the world to be normal'

Payal Rajput on rumours of doing special songs in Indian 2, Pushpa: 'As of now I'm not shooting anything' 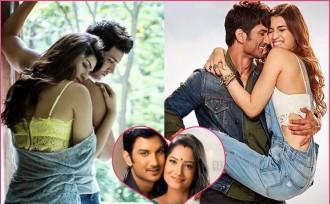 Shocking! This is what Sushant Singh said on Kriti Sanon being blamed for his breakup with Ankita Lokhande
16 hours ago
MOST POPULAR