The Prime Minister's Office on Friday made some changes to the PMO appointments, bringing in top IAS officers and making changes in other ministries.
1 day ago

Ruhii Singh: Domestic violence of any kind needs to be dealt with seriousness [Exclusive]

With the number of rising cases of domestic violence, Ruhii Singh is doing her bit to raise awareness on the mental health issues.
1 day ago

BJP MP and former cricketer Gautam Gambhir's father's SUV was stolen from outside their house in Delhi, police said on Friday, May 29.
2 days ago

Delhi University has removed the officiating principals of Delhi College of Arts and Commerce (DCAC) and Sri Aurobindo College (evening) with Dr Anuradha Gupta taking the charge of Principal.
5 days ago

The bird, found coming from the Pakistan side was captured by the residents of Manyari village in Hiranagar sector soon after it flew into the village side.
5 days ago

Actress Rashmika Mandanna has been flooded with thousands of suggestions after she asked a question to her fans that if she had to change her name, what they would want the name to be.
6 days ago

Nawazuddin Siddiqui's Bollywood flick Ghoomketu is a slice of life film that will put a smile on your face amidst these testing times.
8 days ago

Masaba and Satyadeep flew to Goa to spend a weekend there and got stuck at the latter's residence due to lockdown.
9 days ago

A wreath laying ceremony was held at District Police Lines Awantipora to honour martyr Anoop Singh after he was shot dead in a terrorist attack in Pulwama.
9 days ago

SIN is an assertive blend of crime detection, raw fantasy, and millennial lifestyle
9 days ago

Choked trailer review: This is what audience say about Anurag Kashyap's original for Netflix

The trailer of Anurag Kashyap's Choked starring Saiyami Kher, Roshan Mathew, Amruta Subhash, Rajshri Deshpande is getting positive reviews from the audience, who can't wait for its release on Netflix till June 5.
9 days ago

According to the police, the accused made duplicate copies of the tokens and sold them to the migrant workers for Rs 1,000 each.
11 days ago

Vivek Agnihotri is not impressed with Anushka Sharma's Paatal Lok for its hate-filled content.
13 days ago

Chief Minister Shivraj Singh Chouhan has appealed to the labourers to have patience, saying they will be transported free of cost by buses after medical checkups and a meal.
15 days ago

Piyush Mishra's performance in the courtroom drama Illegal has been widely lauded by critics and audience alike, and it's something worth checking out during quarantine.
16 days ago
1 2 3 4 5 6 7 8 9 10 Next 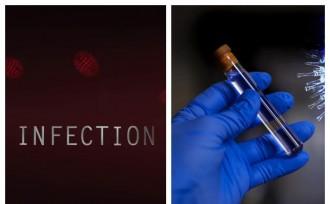 Coronavirus only tip of an iceberg; more outbreaks to follow, warns top virologist
5 hours ago
MOST POPULAR