Popular Telugu comedian Jaya Prakash Reddy passed away at his residence in Guntur following a heart attack on Tuesday morning (September 8). He was 74. His death has shocked many of his fans.
Sep 8, 2020

Malavika Mohanan, who is busy with Master, will reportedly pair up with Karthi in PS Mithran-directorial flick.
Feb 21, 2020

Sivakarthikeyan, Abhay Deol and Arjun Sarja-starrer Hero has opened to positive reviews from the critics and audience. Here, we bring you live audience review of the Tamil movie.
Dec 20, 2019

Tussle of titles: Which actor will become the 'Hero'?

As both the projects have been named 'Hero', the producers of the films are currently fighting over the rights to the title.
Oct 6, 2019

Can't ask for a better film than Hero for my Tamil debut: Kalyani Priyadarshan

Directed by Mithran, Hero has Sivakartikeyan in the lead role. While Abhay Deol is playing the antagonist, Arjun Sarj will be seen in a pivotal role in this film.
Aug 14, 2019

Check out what celebrities say about Ajith Kumar's Nerkonda Paarvai, which also has Vidya Balan and Shraddha Srinath in important roles.
Aug 9, 2019

Directed by PS Mithran, the film has Arjun, Kalyani Priyadarshan, Robo Shankar and others in key roles.
Jul 28, 2019

Kiara Advani has been approached to play the female lead in Sivakarthikeyan's next film, directed by Vignesh Shivan.
Jun 4, 2019

Pandiraj will be teaming up with Sivakarthikeyan for a rural entertainer. Here is the complete cast and crew of the film, presently referred to as SK16.
May 7, 2019

Siruthai Siva is getting ready to work with Suriya and Sivakarthikeyan after collaborating with Ajith for four consecutive movies.
Mar 7, 2019

In the video, Sivakarthikeyan is seen sharing a light moment with Thalapathy Vijay, which is working on Atlee's next movie.
Feb 20, 2019

Kalyani Priyadarshan is a strong contender to play female lead in Sivakarthikeyan's next movie with PS Mithran.
Feb 19, 2019

Vijay Sethupathi's Seethakathi has opened to positive response. Here is the live audience review for the Tamil movie.
Dec 20, 2018
1 2 3 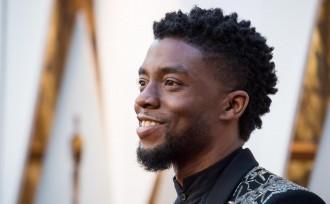