On the day of Rakhi festival, Akshay Kumar has announced his new project Raksha Bandhan, directed by Aanand L Rai.
3 days ago

Anil Murali passes away at 56: From Mohanlal to Prithviraj, celebs mourn his untimely death

Malayalam actor Anil Murali passed away on Thursday, 30 July, at a private hospital in Kochi. He is survived by his wife and two children.
8 days ago

Malayalam star Dulquer Salmaan on Tuesday turned a year older, and his fans and friends on social media have showered him with wishes and love.
9 days ago

Malayalam star Prithviraj is spending quality time with his daughter, and he gave a glimpse of one such moment on his Instagram.
11 days ago

Congress MLA Prithviraj Meena filed an application before Rajasthan High Court seeking Centre to be impleaded in the ongoing case filed by rebel Sachin Pilot and 18 other MLAs case challenging Para 2 (1) (a) of the Schedule X of the Constitution.
15 days ago

Even as Bigg Boss 14 makers are yet to unveil the final list of contestants, International Business Times, India, has exclusively learnt a few names who have been finalised to enter the madhouse.
17 days ago

Malayalam star Prithviraj Sukumaran has posted an adorable picture with his furry friend Zorro.
20 days ago

Director Sujeeth Reddy of Saaho fame had planned to make some changes and add a flashback scene to the script of the Telugu remake of Lucifer, but megastar Chiranjeevi is said to have rejected his idea.
21 days ago

It looks like, the Kapoor Haveli in Pakistan's Peshawar city is going to face demolition as the current owner of the house wants to turn it into a commercial complex.
24 days ago

Amala Paul gets an offer to work with Balakrishna

As per the reports in the Telugu media, Amala Paul has been approached to play the female lead in Balakrishna-starrer.
Jul 4, 2020

Ajith's wish to work with this director remains unfulfilled

Ajith, who will be next seen in H Vinoth-directorial and Boney Kapoor-produced Valimai, wanted to work with Sachy.
Jun 29, 2020

This new movie starring Prithviraj Sukumaran in the lead role will be based on the Malabar Rebellion that happened in 1921
Jun 22, 2020

Miya George over Sachi's death: 'He was in his energy mode when spoke few days back over phone'

Miya George has mourned the death of director Sachi aka KE Sachidanandan who died of cardiac arrest, recently. She had worked with him in his few movies.
Jun 22, 2020

Manushi Chhillar: Proud that Yoga is India's gift to world

Manushi Chhillar urged everyone to include Yoga into their daily life.
Jun 21, 2020

Prithviraj Sukumaran mourns Sachy's death: A part of me went with you today 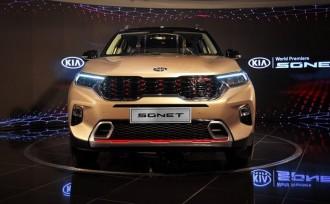