Fact-check: No, Tejasvi Surya is not promoting violence in this pic; facts here

A photo of BJP's newly-appointed youth wing president posing with weed-cutting tools is being propagated as weapons. The image has gone viral on social media. Here's the full truth.
3 days ago

Pooja Bhatt: As someone who drank openly, I chose to recover openly

In a long Instagram post, actress-filmmaker Pooja Bhatt talks of how she combated drinking issues, highlighting why speaking up about addiction is an act of courage.
8 days ago

Mohanlal's Drishyam 2 hits the floors: What we know about the project so far

Mohanlal and Jeetu Joseph's Drishyam 2, which has Meena in the female lead, has been launched on Monday with a formal pooja in Kochi.
10 days ago

The Sports Authority of India said following the cancellation of the Badminton camp that the reason was that some of those who were to attend the camp had refused to undergo quarantine.
19 days ago

Mahesh Bhatt – Rahul Bhatt: What went wrong between the father and the son

Taking a look at the changing equations between Mahesh Bhatt and his son, Rahul Bhatt.
22 days ago

'Mahesh Bhatt has always treated me like a bast*rd': Son Rahul Bhatt (Throwback)

When Rahul Bhatt opened up about his strained relationship with his father, Mahesh Bhatt.
23 days ago

Ever since the first song of Khaali Peeli - Beyonce Sharma Jayegi - was dropped online, the makers are facing heavy criticism for the racial undertone of the lyrics. Check of how netizens reacted to the song.
24 days ago

Rhea Chakraborty to Jiah Khan: Women Mahesh Bhatt has been linked with

Let's take a look at the women Mahesh Bhatt has been linked with over the years.
24 days ago

Director Radha Krishna Kumar has shared some updates on his upcoming movie Radhe Shyam, but Prabhas' fans are not happy with his answers and said even they can give updates the way he did.
24 days ago

Four National Award-winning filmmakers, Pradeep Sarkar, Aniruddha Roy Chowdhury, Priyadarshan and Mahesh Manjrekar, are all set to direct new films as part of a series about love, marriage and relationships.
28 days ago

Rhea Chakraborty – Mahesh Bhatt relationship: What we know so far

Rhea Chakraborty – Mahesh Bhatt relationship; let's take a look at what we know so far.
29 days ago

Bollywood actress Alia Bhatt, who has a couple of interesting projects in his kitty, has shared the news of joining the shoot after long spell of lockdown.
Aug 31, 2020

It's huge: Net worth of Neena Gupta, Masaba Gupta and other cast of Masaba Masaba series 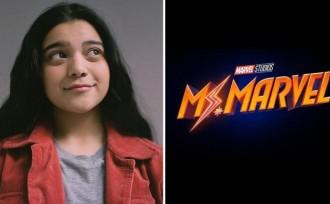