Many reasoned that 'real' Melania Trump does not have a scar/birthmark on her right arm while the 'fake' one did. Read on for more details.
16 hours ago

A senior police officer had staged a fake rescue operation with the help of villagers. The videos and photos had gone viral, but only to backfire as the sub-inspector was suspended for his actions.
20 hours ago

One held for cheating people through fake ATM cards in Gurugram

One person was apprehended near Binola flyover in Gurugram for allegedly cheating people through fake ATM cards and withdrawing money from their accounts, the police said on Saturday.
1 day ago

Story of how the family of a hero was harassed by a local political goon. All this over a few liters of fuel. Read the full story below.
1 day ago

In wake of the Galwan Valley clash between Indian and Chinese troops amid tensions on the Line of Actual Control, the government has given approval to the Indo-Tibetan Border Police (ITBP) to set up 47 Border Outposts (BoPs) to step up vigil along the border.
1 day ago

Violators owe Rs 150 Cr to Bengaluru Traffic Police in fines; they will knock your door to collect

At least Rs 150 crore fine is pending in challans so far. Bengaluru Joint Commissioner of Police Traffic, Ravikanthe Gowda has initiated this drive and the cops have cleared 11,488 pending cases & collected Rs. 49,94,600.
1 day ago

Badshah gets sunburnt, skin peels off during Maldives vacation

Badshah gets badly sun burnt while vacationing in Maldives, skin peels off picture
1 day ago

Challenging the law of the land, several online charity workers had previously claimed that a hefty sum is required to buy organs from recipients. Scroll down to know more about the world of organ transplant mafia in Kerala.
1 day ago

Three hours of heavy rains, measuring more than 75 mm, across Bengaluru saw retaining walls of storm water drains getting breached or partly collapsing at many places, flooding many low-lying areas and throwing normal life out of gear.
1 day ago

Nine of the 36 pollution monitoring station in Delhi showed 'severe' air quality index on Friday, according to the Central Pollution Control Board's data.
2 days ago

Actor Vikrant Massey expressed his disappointed that Mirzapur 2 leaked online after the long wait. He tagged the Ministry of Information and Broadcasting and asked for banning of a few apps.
2 days ago 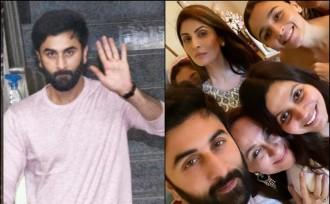