Apple's "Time Flies" event is the second one this year after WWDC in June. Follow all the live updates from the Apple Event here.
3 days ago

Waterlogging is not new to Bengaluru as a city, the BBMP has begun inspecting storm water drains. However, citizens have been complaining about the waterlogging in the city and the lack of action in the past 5 years.
4 days ago

Stylish star Allu Arjun's rugged look from Pushpa has been captured by fans during his trip to Kuntala Waterfalls in Adilabad district. His photos have gone viral with the movie trending on social media.
5 days ago

This order was in addition to the 10 private hospitals that had been declared as Covid-19 dedicated hospitals in the past.
6 days ago

The Metropolitan Police has arrested one man in suspicioun of vandalising the iconic statue of Sir Winston Churchill amid ongoing protests by Extinction Rebellion group.
7 days ago

According to the media reports, South Korea's spy agency reported in August that Kim had given more responsibilities to his sister, but still maintained absolute authority in North Korea, prompting more speculation regarding the leader's health.
8 days ago

The infant's arm got caught in the spokes of the bicycle and, the toddler was dragged until the biker stopped the bike.
8 days ago

Why parts of Bengaluru were flooded after downpour; netizens share glimpses

A downpour over the past day or so has left Bengaluru swimming quite literally. Netizens have been asking why this must be the case, and there are numerous possibilities from urban planning, to unchecked construction, lake reclamations and more.
8 days ago

It's official. Mark your calendars as the one of the biggest and most exciting events of 2020 has been confirmed.
10 days ago

Actor Chetan, the founder of FIRE and its President Kavitha Lankesh have condemned assault on Kannada actress Samyuktha Hegde and demanded strict action against moral policing.
10 days ago

After apologising to Samyuktha Hegde, Kavitha Reddy slams Jaggesh for his sexist remark

Samyuktha Hegde has filed an FIR in the case against Congress' Kavitha Reddy. However, now the party spokesperson has issued her side of the story saying that she didn't engage in 'moral policing'.
12 days ago
1 2 3 4 5 6 7 8 9 10 Next 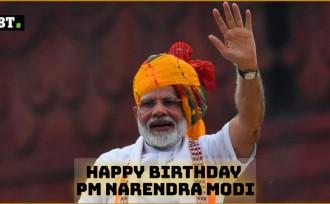