Vandana Katariya and Monika have been nominated for the prestigious Arjuna Award, the players say it's a huge motivation for them as players.
1 day ago

As per the reports, celebrity couple Arya and Sayyeshaa, who tied the knot last year, are expecting their first baby.
1 day ago

The internet is a strange place, proven yet again as #JusticeForChutki trends as Chhota Bheem marries Rani Indumati instead of his childhood BFF Chutki.
2 days ago

Siddhant Chaturvedi set to release his debut single this week

Actor Siddhant Chaturvedi, who shot to Bollywood fame playing MC Sher in Gully Boy last year, is all set to release his debut single this week. He made the announcement on social media, along with a picture where he lies in bed alongside his guitar.
5 days ago

On completion of 15 years of Bunty Aur Babli, International Business Times, India lists down a few interesting facts about the film that will leave you awestruck.
9 days ago

'Bachchans had no equation & Shahrukh distanced himself from Hrithik': Karan Johar on K3G [Throwback]

Karan Johar had made a shocking revelation in his memoir 'The Unsuitable Boy' about the strange and awkward behavior that Hrithik had to face on the sets of 'Kabhi Khushi Kabhie Ghum'.
11 days ago

People don't have problem with Jayalalithaa biopic, but they had with Narendra Modi's biopic: Sandip Ssingh

Producer Sandip Ssingh has spoken about the issues that he had to face during the release of Narendra Modi's biopic. The Hindi movie was released last year.
11 days ago

Director, Producer Karan Johar turned 48 today and wishes are pouring in from all across the Bollywood.
12 days ago

Mastram season 2: Intimate scenes to be shot as per social distancing norms

Work on Mastram season 2 has started, and what with scenes of sex and intimacy being an integral part of the story, the makers plan to shoot intimate sequences in the new season following due restrictions and guidelines in the age of social distancing.
15 days ago

Richa Sharma: Artistes at virtual concerts should be paid

Singer Rich Sharma has said that not every singer is getting paid for singing live from their living places.
15 days ago

Paatal Lok, Mirzapur: Binge-worthy psychological thrillers that will leave you at the edge of your seat during lockdown

From gripping trials to twisted murder mysteries, these movies and shows on Amazon Prime Video will keep you guessing right till the end.
17 days ago 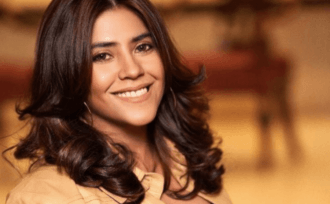 Ekta Kapoor reacts to the Triple X controversy: 'What irritated me the most was cyberbullying'
42 minutes ago
MOST POPULAR