Keyyar has said that the makers of Master might suffer losses if the movie is released immediately after complete lockdown is lifted.
18 hours ago

Amy Jackson, who has worked with Indian stars like Rajinikanth and Vikram, has vowed to raise her son and future children as anti-racist.
1 day ago

Richa Pallod on Vijay's stardom: 'You are a star because you really have it in you'

Richa Pallod said that dancing with Thalapathy Vijay in Shahjahan was not easy, while stating that he had everything to become a star.
2 days ago

Malavika Mohanan has spoken out on racism issue following the death of George Floyd, who died when Derek Chauvin, a white police officer, held him down with a knee on his neck, recently.
3 days ago

KGF 2 update: This veteran actress to play an important role in Yash-starrer

Eswari Rao aka Vijayashree will be seen in an important role in Yash's upcoming movie KGF 2, directed by Prashanth Neel.
6 days ago

Cinematographer Shyam K Naidu has reportedly been arrested by the SR Nagar police after character artiste Sai Sudha Reddy of Arjun Reddy filed a cheating case against him.
8 days ago

Malavika Mohanan's brother, who is studying in the UK, has returned to India recently and on a self-quarantine in a hotel.
10 days ago

During Rana Daggubati and Miheeka Bajaj's Roka ceremony, none of the family members were spotted wearing a mouth mask and this did not seem to go down well with the fans.
14 days ago

Malavika Mohanan has spoken about working with Thalapathy Vijay in Master and shared her shooting experience with the team.
14 days ago

Malavika Mohanan, during a chat session with her fans on Instagram, has opened up her favourite filmmaker, musician, etc.
15 days ago

Vijay is the Most Popular Male Stars in Tamil Cinema in the month of April 2020. Here is the top 10 list.
16 days ago 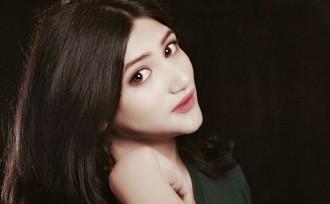 Mahika Sharma on World Environment Day: Innocent rhinos are paying their life for their god-gifted one horn
46 minutes ago
MOST POPULAR