Rana, Nani, Krish and other celebs heap praises upon Satyadev, Suhas for their acting in UMUR

Puneeth Rajkumar, Sudeep, Pawan Wadeyar, Simple Suni and many other celebrities have wished Kannadigas on the occasion of Varamahalakshmi festival.
3 days ago

Naga Shaurya on his six-pack, diet plans: 'It's like your wife. When you cheat, you lose'

Telugu actor Naga Shaurya, who is on a strict exercise and diet regime for NS 20, opened up on his six-pack abs featured in his upcoming movie. He said that it is like a wife. If you cheat on it, you will lose it.
5 days ago

Sushant Singh Rajput's sister has shared a screenshot of a WhatsApp conversation that she had with her late brother just four days before he died by suicide.
7 days ago

Chiranjeevi, Pawan Kalyan, Mahesh Babu and host of other Telugu celebs have showered wishes upon TRS leader and Telangana Minister KTR aka KT Rama Rao, who is celebrating his birthday today.
10 days ago

Nikhil Siddhartha opened up about the trailer of Power Star, taking an indirect dig at director Ram Gopal Varma.
12 days ago

'I'm very proud of the way Tapsee reacted to the allegations': Lakshmi Manchu

Tollywood actress Lakshmi Manchu says that she is very proud of the way her friend Taapsee Pannu reacted to the allegations made by Bollywood actress Kangana Ranaut and her team against her.
13 days ago

Actresses Vanitha Vijayakumar and Kasturi Shankar have verbally attacked each other on social media sites.
14 days ago

Love story of cow and bull is national news; both reunited as bull follows cow for 1 km

The bull refused to leave the cow's side and ran behind the truck in which the cow was being transported for about 1 kilometre.
19 days ago

Ram Gopal Varma has released a still from Power Star, featuring lookalikes of Pawan Kalyan and Chiranjeevi. This photo has sparked a fight with some fans of the Nandamuri family mocking the mega fans.
25 days ago

Around 819 artistes and executives received invitations to join the Academy of Motion Picture Arts and Sciences (AMPAS). Alia Bhatt and Hrithik Roshan are two Bollywood stars, who will be part of Oscar academy.
Jul 1, 2020

In a major reshuffle in the TN police force, the police commissioner along with 38 other IPS officers have been appointed with new roles. Makes Kumar Agarwal, IPS, and AK Viswanathan, IPS, roles have been swapped.
Jul 1, 2020

A war-of-words erupted between Vanitha Vijayakumar and Lakshmy Ramakrishnan after the latter commented on the issues pertaining to the former's marriage.
Jun 29, 2020
1 2 3 4 5 6 7 8 9 10 Next 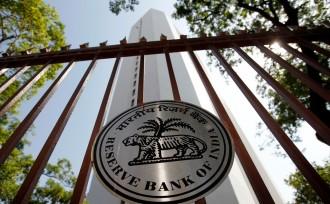