Prime Minister Narendra Modi's flagship 'One Nation One Ration Card' scheme has been implemented across 20 states so far with the Central government targeting the entire country by March 31 next year.
1 day ago

Allu Arjun's Ala Vaikunthapurramuloo is unstoppable as it continues to set records even 5 months after its release. The music video of S Thaman's song Butta Bomma from has crossed 200 million views on YouTube.
2 days ago

'Nobody called me for meetings with government,' says Balakrishna amid rivalry with Chiranjeevi

Balakrishna says he's been reading about the meetings in the newspaper and producer C Kalyan comes in his support.
5 days ago

Taapsee Pannu's latest comments on doing big-ticket Telugu movies has raised a question on whether Mahesh Babu, Jr NTR, Allu Arju, and other big Tollywood stars are interested to cast her in their movies.
5 days ago

There have been a lot of rumours on Janhvi making her debut in Telugu film industry. But looks like she is going to make it this time.
7 days ago

Will Kajal Aggarwal take a cut in her remuneration for her mentor Teja's next film?

Kajal Aggarwal has been approached to play the female lead opposite Gopichand in her mentor Teja's next film Alivelu Venkataramana, but her remuneration has become a problem.
9 days ago

Migrant workers panic as Gorakhpur-bound train goes to Rourkela instead

Shramik Special train which started its journey from Mumbai for Gorakhpur on May 21 reached Odisha's Rourkela without the knowledge of the passengers.
10 days ago

Director Krish aka Radha Krishna Jagarlamudi is said to have made a major change to his plans for the shooting of power star Pawan Kalyan's next movie PSPK 27, which will be titled Virupaksha.
12 days ago

The finance minister also said that the Modi government will help migrant workers, who walked back to their homes amid the pandemic fears, to return back to cities and towns.
13 days ago

What caused the loud boom heard across Bengaluru? IAF explains

A mysterious boom sound was heard from different parts of the Bengaluru city this afternoon, including Kalyan Nagar in east Bengaluru, CV Raman Nagar, Marathahalli, Whitefield, Sarjapur, Hebbagodi, and MG Road.
13 days ago

Aishwarya Rai, Rani Mukerji, Karisma Kapoor: Who among the trio comes out on top in terms of net worth?

Let's take a look at the respective net worthy of Abhishek Bachchan's wife Aishwarya, and his ex lady loves Rani Mukerji and Karisma Kapoor.
13 days ago

Why did Harish Shankar prefer to direct 14 Reels Plus' film before Pawan Kalyan's PSPK28? 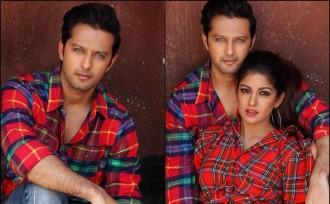