Did you know, Big B once tried to match up to footsteps of late actor Soumitra Chatterjee | Video

In a short sequence from Piku, actor Amitabh Bachchan had re-enacted late actor Soumitra Chatterjee and danced to the tunes of his popular song.
14 hours ago

Anushka Sharma gives fitness goal, aces headstand with baby bump; shares how she did it

Starting January 2021, all the households in Bengaluru will be required to pay Rs 200 per month for collection of garbage from their doorsteps under the new Solid Waste Management bye-laws introduced by the BBMP.
1 day ago

BJP is deeply invested in GHMC polls, with all the party bigwigs campaigning in the state for local municipal elections. But the party's eyes are on the prize - one that doesn't end with GHMC.
2 days ago

A brief video by an ICU doctor shows how scary it can be for COVID-19 patients in their last moments and then desperately urging them to take necessary precautions.
2 days ago

China is on the receiving end of criticism for its lax attitude and downplaying the pandemic risks as it now attempts to shift blame to other countries as an investigation is right around the corner.
2 days ago

The public has, on more than one occasion seen a Bengaluru police officer repeatedly making pictures of the arrested accused public. After the IBTimes report, the same was deleted promptly and necessary course corrections were made.
3 days ago

As seen in the viral video, a person opened a tap, and placed a lighter near the running water, and it ultimately turned into a minor blaze in the basin.
3 days ago

Who was FC Kohli; lesser known facts about father of Indian IT industry

FC Kohli had once revealed that he joined Tata after he saw his family sleeping on the floor instead of going back to MIT for his doctorate. Know more facts about father of India's IT industry.
5 days ago

Oxford University said that some of the vials used in the trial didn't have the right concentration of vaccine so some volunteers got a half dose.
5 days ago

The BJP released a 20 point manifesto today, November 26 promising jobs, retrieving encroached land, encouraging tourism, better roads and power infrastructure, regularisation of jobs and much more. Scroll down to know what are the points included in the manifesto
5 days ago

Armaan Malik talks about being in love, heartbreak and his new tracks: Exclusive

In an exclusive chat with IBTimes, songwriter and musician, Armaan Malik, talks about his new track, "How Many", shares his excitement over independent music-making a comeback, his idea of love, romance and more. Scroll down to read the candid interview
7 days ago

Twitter is also seeking feedback from its users on the verification process and has laid out its proposed policy on how accounts will be verfiied and unverified starting early next year.
7 days ago

Boris Johnson's COVID Winter Plan to continue in UK till March 2021; will it work

Lockdowns and other extreme restrictions cannot be sustained for the long term in the hope that there will be an effective vaccine or treatment for COVID-19.
8 days ago
1 2 3 4 5 6 7 8 9 10 Next 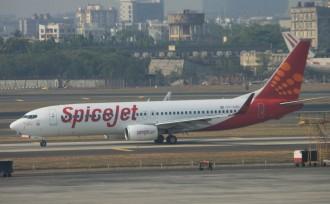