After Imran Khan's sudden exit from movies, the paparazzi recently spotted him looking thin and weak. Check out his picture inside.
2 hours ago

As the ongoing conflict with China enters colder days, the Indian defense forces have been using emergency powers to procure military weapons.
14 hours ago

Who was FC Kohli; lesser known facts about father of Indian IT industry

FC Kohli had once revealed that he joined Tata after he saw his family sleeping on the floor instead of going back to MIT for his doctorate. Know more facts about father of India's IT industry.
17 hours ago

The BJP released a 20 point manifesto today, November 26 promising jobs, retrieving encroached land, encouraging tourism, better roads and power infrastructure, regularisation of jobs and much more. Scroll down to know what are the points included in the manifesto
19 hours ago

Arjun Rampal turns 48: A look back at model-turned-actor Arjun Rampal's pictures from his modelling days to becoming the fittest style icon of Bollywood. Scroll down to read more:
19 hours ago

Abhishek Bachchan will reprise the role of serial killer Bob Biswas in the stand-alone film, that has been produced by Shah Rukh Khan and Gauri Khan's Red Chillies.
19 hours ago

Rajesh Tailang during an exclusive conversation with International Business Times, India shared his personal experience of being a part of 'Delhi Crime' series.
19 hours ago

On the 12th anniversary of the deadly Mumbai terror attacks, celebrities, cricketers pay heartfelt tribute to the 26/11 martyrs and victims. As we remember this day, let us also pause and remember some of these heroes. Scroll down to read more.
21 hours ago

The amount of term life insurance coverage you need depends on a number of factors. A good place to start is factoring in the monthly expenses of your dependents.
21 hours ago

From Mohanlal to Suresh Gopi: Top Mollywood stars who made it big on small screen

Not Vijay Sethupathi or Madhavan, this Tamil Superstar may play crucial role in Allu Arjun's Pushpa

Pushpa is expected to be the first Pan Indian movie starring Allu Arjun, and the makers are leaving no stones unturned. Scroll down to know more.
1 day ago

As per the reports, the PLA spy was collecting information on whereabouts of key Tibetan refugees and people close to Dalai Lama in India.
1 day ago

Here's a complete guide on how to prepare for the incoming cyclone Nivar, with complete details of helpline numbers, preparing survival kit, things you must remember and more.
1 day ago
1 2 3 4 5 6 7 8 9 10 Next 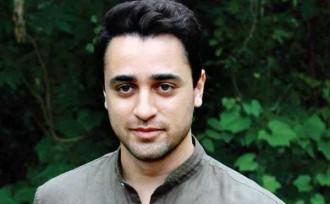