Diljit Dosanjh and Kangana Ranaut locked horns on Twitter after the Punjabi pop star slammed the Queen actress for her misinformed tweet regarding farmers' protest. Soon after, netizens showered support to the Punjabi star and shared hilarious memes. Scroll down to read what happened after the meme fest ended.
7 hours ago

Kangana Ranaut and Diljit Dosanjh engage in a war of words. after the actress commented on an elderly Sikh woman who had joined the farmers' protests. Kangana called Diljit Karan Johar's pet and denied tweeting about Mahinder Kaur. Diljit Dosanjh gave a befitting reply to her comments. Read on to know whether the war has intensified or ended
12 hours ago

'Shameless': Himanshi Khurrana lashed out at Kangana Ranaut over her farmer's protest remark

An old photo from the Article 370 abrogation protest has gone viral on social media but is being linked to the ongoing farmers' protest.
3 days ago

Even as farmers continued to protest on Delhi borders, Union Home Minister Amit Shah is chairing a meeting here to deliberate on the issue with senior leaders.
3 days ago

The traffic movement at various points near the Delhi-Haryana border was affected on Saturday as farmers continued to lay siege to Singhu and Tikri borders blocking the highway.
5 days ago

Parliamentarians throw pig meat at each other in Taiwan [here's why]

The easing of restrictions on imports of American pork and beef, effectively removes one of the major obstacles to a US-Taiwan bilateral free trade agreement.
6 days ago

Karnataka gets new district Vijayanagar; the 31st district to be carved out of Ballari [details]

The Karnataka Cabinet on Wednesday gave in-principal approval to a proposal to create the 31st district of the state -- Vijayanagar which will be carved out of mineral-rich Ballari district.
15 days ago

The BJP-led government in Madhya Pradesh announced to constitute 'cow cabinet' for protection and promotion of cattle. While few lauded the Shivraj Singh Chouhan's govt for this decision, several questioned other issues like the safety of women.
15 days ago

Finance Minister Nirmala Sitharaman has started announcing several measures under the new Atmanirbhar 3.0 stimulus package. This is yet another stimulus package ahead of Diwali on Saturday.
21 days ago

'GDP' out of control of government; Congress attacks BJP 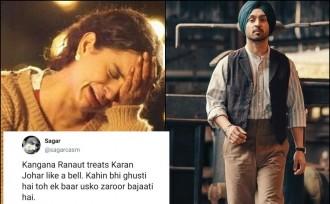