Vijay Devarakonda declined director Koratala Siva's challenge of #BeTheREALMAN, saying his mother is not allowing him to do any other task at home. But the fans asked him to stop overacting.
Apr 24, 2020

Pawan Kalyan fans questioned his ex-wife Renu Desai sharing throwback pictures of Badri on its 20th anniversary. In reply, the actress said that the film is very important for her and it is necessary to recall it.
Apr 20, 2020

Shaurya's father Shankar Prasad, the producer of the film, said the actress's breakfast and lunch bills were extremely high.
Feb 25, 2020

Directed by Rajamouli, RRR is salted for release on January 8, 2021 and expectations are high on this Rajamouli directorial which has Ram Charan Tej, Jr NTR, Alia Bhatt and others in key roles.
Feb 8, 2020

Which of these films are you going to watch this Sankranti?

The most favourite time of the year is going to arrive soon and a bunch of Telugu films are ready to hit the screens. So, are you ready?
Nov 10, 2019

A single person may not have shared his review of Sam J Chaitanya's Yedu Chepala Katha (Chapala/YCK) starring Abhishek Reddy, Bhanu Sri Mehra, Ayesha Singh and Meghana Chowdary, but the adult movie has opened to a fantastic response.
Nov 7, 2019

Style icon Allu Arjun's tweet on the success party of megastar Chiranjeevi's Sye Raa Narasimha Reddy (SRNR) sparked a new debate on whether all is not well between Allus and Ram Charan.
Oct 7, 2019

Kavin Raj slapped in Bigg Boss Tamil: Is Vijay TV trying to gain sympathy to save him from elimination?

Bigg Boss Telugu 3 captaincy task: This is what viewers say about Sreemukhi's overacting

Star Maa released a promo of this week's captaincy task in Bigg Boss Telugu 3, which has created a lot of curiosity about today's episode. But many viewers are irritated by Sreemukhi's overacting.
Sep 5, 2019

Is Prabhas's Saaho being unfairly targeted through negative reviews to kill its box office prospects?

Prabhas fans believe that the fans of other actors are spreading negative reviews against Saaho, which hit the screens on Friday.
Aug 30, 2019
1 2 3 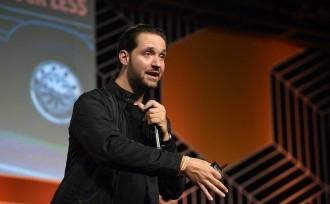 Reddit co-founder wants black candidate as successor; quits board
6 hours ago
MOST POPULAR