Prashanth Neel to team up for a pan India film with Prabhas; details inside

Sources claim that Prabhas and Prashanth have met each other and have discussed the story to which the former has given a nod.
Jun 6, 2020

Ram Charan's net worth: Born with a silver spoon, here is what the RRR star owns

Chiranjeevi and Surekha Konidela have three children and Ram Charan Tej is the most pampered child of their house. Being a star kid, he earned more than just a name.
Jun 5, 2020

The producer was suffering from heart pain when he was admitted to the hospital. This happened three weeks ago and he is currently under medication.
Jun 3, 2020

The latest buzz in the media is that SS Rajamouli's RRR movie will not release in the theatres in 2021 and Junior NTR and Ram Charan's fans will not get to watch their films for two years.
May 19, 2020

Producer DVV Danayya has confirmed that he is gearing up for a special treat for Junior NTR's fans on his birthday, but disappointed many filmgoers saying the Sankranthi release of RRR movie is not possible.
May 15, 2020

The makers of the movie RRR are impressed with the work of Junior NTR's who painted two photos imagining his first look in the movie. This fan-made poster of young tiger is now going viral.
May 10, 2020

Going by the latest buzz, it is expected that Olivia might not be able to fly back to India from London for the shoot of RRR. So it is said that the director might look for her replacement.
Apr 19, 2020

SS Rajamouli, who recently faced criticism for not making generous contribution, requested people to donate to safeguard health workers and the police, who are protecting us from the coronavirus.
Apr 15, 2020

Not Thala or Thalapathy, but Sivakarthikeyan to play the most important role in RRR. Details inside

There has been a huge competition for this role. But finally, director Rajamouli has found the one who fits the bill.
Apr 8, 2020

RRR is Roudram Ranam Rudhiram. Motion poster of this Rajamouli directorial raises expectations on the film. The film will hit the screens on January 8, 2021.
Mar 25, 2020

The producers of SS Rajamouli's upcoming movie RRR have finally announced that they are set to release its title logo and motion poster as Ugadi treat for the fans of Junior NTR and Ram Charan.
Mar 24, 2020

Exclusive: Alia Bhatt to shoot for RRR from May; makers slam rumours of her exit

Directed by Rajamouli, Alia Bhatt will be seen playing the role of Sita in RRR. She will be pairing up with Ram Charan Tej and this flick will mark her Telugu debut.
Mar 19, 2020 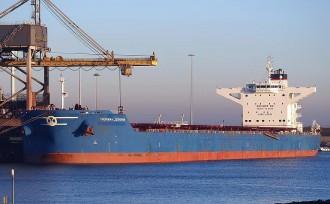