Special NDPS court on extended the judicial custody of actor Rhea Chakraborty till October 6. Rhea Chakraborty and her brother Showik had also filed a bail application in Bombay High Court on Tuesday.
45 minutes ago

BJP Rajya Sabha member Roopa Ganguly, one of the earliest lawmakers to seek a CBI enquiry into actor Sushant Singh Rajput's mysterious death, held a symbolic protest holding placards that made the aforementioned allegations.
20 hours ago

In a first, of the 10 women fighter pilots at the IAF, one is currently under training to joining the Rafale squadron.
20 hours ago

Asus ExpertBook B9 review: No-compromise machine - for a compelling price

Asus ExpertBook B9 is a compelling package and poised to take on rivals from HP and Lenovo that fall under a higher price category. Here's why the ExpertBook B9 is made for the masses of the top-class users.
22 hours ago

The Karnataka Legislative Assembly began it's 8-day session on Monday amid the pandemic. The state government is now hoping to shorten the session, however, the opposition stands firm.
1 day ago

Taapsee Pannu to Mahie Gill; celebs who have come out in support of the actor
1 day ago

What Anurag Kashyap did to Payal Ghosh is a common practice in Bullywood: Kangana Ranaut

Kangana Ranaut has heavily come down filmmaker Anurag Kashyap for sexually harassing Payal Ghosh. She said what he did is a common practice in the Hindi film industry, which she referred as "Bullywood."
1 day ago

Anurag Kashyap, who has been vocal about various current affairs, reacted to actress Payal Ghosh's sexual harassment charges against him and denied misbehaving with her or any other women.
2 days ago

Mahindra picks XUV300 for road safety drive; pledges to save 1mn lives by 2027

Mahinda and SaveLIFE Foundation recently conducted 'Safer Drives Safer Lives' multicity drive, to raise awareness on road safety. Gaurav Gill and the XUV300 were our teachers for the day.
2 days ago

Genda phool, sung by Badshah and Payal Dev, has garnered over 550 million views on YouTube, and actress Jacqueline Fernandez, who stars in its music video, is happy.
2 days ago

Fact check: No, J&K is not offering 50% discount on all electricity bills; only these are covered

Lieutenant Governor Manoj Sinha announced a relief package of Rs 1350 crore for Jammu and Kashmir after which misinformation spread claiming that 50 per cent discount on all electricity bills and water bills will apply for a year. Here's the truth.
2 days ago

Covid-19: Takes humility to put others first in this battle for survival, says Kaif

Mohammad Kaif, assistant coach for Delhi Capitals this IPL season paid tributes to the COVID warriors working for people's safety during the pandemic.
3 days ago

This is what critics have to say about Bhumi Pednekar and Konkona Sen Sharma starrer Dolly Kitty Aur Woh Chamakte Sitare.
3 days ago 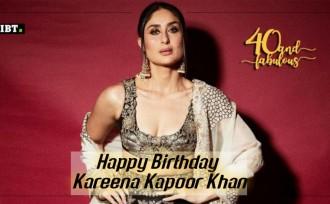