Bani Ishq Da Kalma producer Damini K Shetty's explosive interview about the mafia that runs the television industry, her personal experience of being treated wrongly and favouritism
2 days ago

'Not going to watch Kapil Sharma Show even for Sonu Sood': Netizens call for boycott, reason is Salman Khan

Some people seems to have decided to boycott The Kapil Sharma Show just because of Salman Khan's involvement in the show as a producer.
2 days ago

Meera Mitun on Ajith: He is a survivor of nepotism

Model-actress Meera Mitun has spoken about Ajith Kumar and called him a survivor of nepotism in Kollywood.
2 days ago

Who was Herman Cain: Former Republican presidential candidate dies of COVID at 74

Former 2012 Republican presidential candidate, Herman Cain, who was tested positive for the novel coronavirus a few days ago, has succumbed to the virus on July 30. He was 74.
3 days ago

From huge match fees to properties, Hardik Pandya's unbelievable net worth will leave you stunned

As congratulatory messages pour in for the new parents - Hardik Pandya and Natasa Stankovic, let's take a look at the Indian cricketer's net worth and properties.
4 days ago

Priyank will be conducting a special dance session virtually on Thursday, to help raise funds for cancer patients abroad.
4 days ago

In an exclusive conversation with International Business Times, India, Madhurima Tuli spoke at length about her role in the upcoming show Avrodh, the process that went behind acing the role and more.
6 days ago

Vanitha Vijayakumar has now attacked Kasturi Shankar following her meeting with Vijayalaksmi who is now being treated at a hospital.
6 days ago

Oviya fans disagree with her on banning Bigg Boss: Former contestant gets slammed

Fans of Oviya Helen, the former contestant of Bigg Boss Tamil, have disagreed with her on banning the controversial reality TV show. They slammed the actress, saying she is nothing without it.
8 days ago

Jayashree sends well-wishers to panic mode again: 'I am a loser I need mercy killing'

Jayashree Ramaiah has shocked her fans, well-wishers and relatives again by requesting for a mercy killing.
9 days ago

Responding to the user, Upen opened up on how his mental health started affected.
9 days ago

Hina Khan as Rachel, Sidharth Shukla as Ross: What if FRIENDS is remade for Indian TV sets

A dream cast from Indian TV industry who can effortlessly play the characters for the Indian remake of F.R.I.E.N.D.S.
10 days ago

In an exclusive conversation with International Business Times, Rashami Desai spoke at length about her short film, precautions that she is taking while shooting, how her life has changed post-Bigg Boss 13 and why being called as a 'TV actor'' make her feel sad and more.
10 days ago

Khatron Ke Khiladi 10 grand finale will be aired on July 25 and 26 and will see finalists - Karishma Tanna, Dharmesh Yelande, Karan Patel and Balraj Syal - competing against each other to win the coveted trophy.
11 days ago

The fans of Nayanthara have come down heavily on Vanitha Vijayakumar for dragging Nayanthara-Prabhu Deva's break-up issue while defending herself.
12 days ago
1 2 3 4 5 6 7 8 9 10 Next 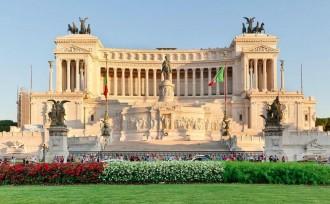 Fact Check: No, France did not give tricolour farewell to India's Rafale jets
25 minutes ago
MOST POPULAR