No pay cuts for Tollywood stars: Filmmakers explain why it's not possible to reduce remuneration of stars

Filmmakers in Tollywood are experiencing losses worth hundreds of crores as the work has been stalled. To cope with it, pay cuts for actors and crew of the films is one of the option.
1 day ago

Nayanthara-Vignesh Shivan to tie the knot in a temple?

Nayanthara and Vignesh Shivan will tie the knot as per the Hindu customs in a temple, say latest reports.
2 days ago

Fans of the reality show have been waiting for an official announcement from the management of Star Maa television channel about the date when it would go on air and which celebrity would be hosting the show.
4 days ago

Will Anushka Shetty play Karnam Malleswari in her biopic after Kona Venkat's Nishabdham?

Even before the release of Nishabdham, Kona Venkat has announced his next movie, which is a biopic on the life of Karnam Malleswari. Many wonder whether he would cast Anushka Shetty for the title role.
5 days ago

Mahesh Babu's answer to fans' questions: Do you like Rashmika or Samantha?

Mahesh Babu answered a series of interesting questions about his personal and professional life.
5 days ago

As per the latest buzz, members of Daggubati and Bajaj families have zeroed in on August 8 for wedding of the most talked about couple in the recent times.
7 days ago

Samantha Akkineni reveals what she likes the most about Rashmika Mandanna

Samantha, on Friday, has done a #AskSam question session on Twitter and has answered some of the questions her followers asked.
8 days ago

A 25-year-old local Bajrang Dal leader and three minor boys have been booked by the police on Friday as the video on the incident went viral over the internet.
8 days ago

Actress Samantha Akkineni, who is self-quarantined after the COVID-19 outbreak, spoke about her reply to her haters and said that compliments make her lazy and insults propel her to give my best work.
8 days ago

Samantha's fans have asked Pooja Hegde to apologise to Samantha after they found the screenshot of her Instagram story as an insult to the Jaanu actress.
9 days ago

Multilingual actress Pooja Hegde's Instagram account was hacked, but it was quickly recovered by her digital team.
10 days ago

Telugu actress Lavanya Tripathi, who is awaiting the release of A1 Express, said that she has decided to avoid doing intimate scenes in upcoming movies post lockdown as the safety measures.
11 days ago

Siddharth's failed relationships with his co-stars: What went wrong?

Popularly known as the chocolate boy, Siddharth's affairs with his heroines have gone too far. But not many know what actually went wrong in between them.
13 days ago
1 2 3 4 5 6 7 8 9 10 Next 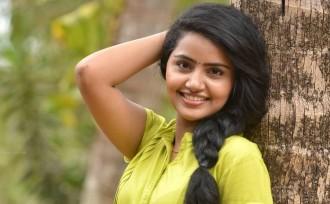