Caught in the eye of a storm over sheltering more than 2000 religious followers in a Delhi mosque during the COVID-19 lockdown, the chief of Nizamuddin Markaz, Maulana Saad, has been absconding after an FIR was filed by the Delhi Police against him.
3 days ago

Xinjiang Governor Shohrat Zakir accused US of threatening the region's social stability and said the bill was a smear campaign aimed to sow discord among ethnic groups in China.
Dec 9, 2019

After extraordinary cinematic experience, actress Taapsee Pannu has made a debut with Amazon Prime Video's One Mic Stand and she shared the stage with her college mate Angad Singh Ranyal.
Nov 20, 2019

A bipartisan US congressional caucus was held to examine the human rights situation in Jammu and Kashmir in the context of the region's history by Tom Lantos Human Rights Commission in Washington.
Nov 15, 2019

Taken on this tour because of the promise of his unheralded talent, Naseem Shah proved his quality in the practice match for Pakistan.
Nov 13, 2019

Dr. Asiya Islam's application for Indefinite Leave to Remain (ILR) was refused by the UK Home Office last week on the grounds that she had been out of Britain for longer than the stipulated period for such an application.
Nov 13, 2019

Mamata Banerjee condoles death of labourers in Kashmir, says 'help will be extended to families'

Five labourers from Sagardighi area in Murshidabad district were killed and another injured in a terror attack in Kashmir's Kulgam district
Oct 30, 2019

According to the police, the militants came to Katrasoo village of Kulgam, took out the masons and carpenters from outside the state working there and opened fire at them, killing five of them on the spot. The sixth succumbed to his injuries while being taken to a hospital.
Oct 30, 2019

According to the officials, Srinagar district witnessed the highest poll percentage of 100 per cent while southern districts of Shopian and Pulwama recorded the lowest percentage of 85.3 and 86.2 percent respectively.
Oct 25, 2019

Who are Naseem Shah and Mohammad Musa, the 16 and 19 years old picked by Pakistan for Australia Tour?

The two teenagers - Mohammad Musa and Naseem Shah - picked for the Australia tour by Pakistan are very exciting prospects for future.
Oct 23, 2019

Along with Hameed Lelhari, Naveed Tak and Junaid Bhat were killed in an encounter with security forces in Jammu and Kashmir's Awantipora.
Oct 23, 2019

Malaysia and Turkey may face heat from India for supporting Pakistan

There have been speculations in the market that Indian importers and refiners are moving palm oil purchases from Malaysia to Indonesia.
Oct 19, 2019

India may restrict imports of palm oil, other goods from Malaysia after Kashmir comment

India's government was angered after Malaysian Prime Minister Mahathir Mohamad said last month at the United Nations that India had "invaded and occupied" Jammu and Kashmir.
Oct 12, 2019
1 2 3 4 5 6 7 8 9 10 Next 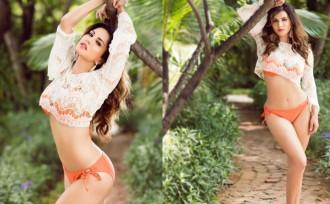 Sunny Leone raises temperature in her hot bikini pictues; says, It's ok to stare
55 minutes ago
MOST POPULAR