But what happened between Arnab Goswami and Shiv Sena you may ask that Sushant Singh Rajput's sister Shweta Singh Kirti had to extend her support to the journalist. Let us walk you through the entire scenario.
20 minutes ago

The devastating Air India plane crash on Friday took the lives of 18 victims, of them was co-pilot Akhilesh Sharma. His wife Megha who will be delivering their child in a matter of days has not yet been told about her husband's death.
4 hours ago

The decision to impose a ban on import of 101 defence items was announced by Defence Minister Rajnath Singh in a big step towards Atmanirbhar Bharat initiative.
6 hours ago

A deflated croissant - that's how our solar system looks like: NASA

The shape of the heliosphere is more than a question of academic curiosity. The heliosphere acts as our solar system's shield against the rest of the galaxy.
10 hours ago

Apart from predicting future and analyzing horoscopes, Acharya Ojha also helps people in battling depression through his guidance
20 hours ago

Shah Rukh Khan, Akshay Kumar, Alia Bhatt, Shilpa Shetty and a host of celebrities have expressed their shock over the Air India plane crash incident which killed at least 19.
23 hours ago

The civil aviation authorities were alerted about the dangers associated with the Kozhikode runway by Captain Ranganathan, Member Ops-CASAC (Civil Aviation Safety Advisory Council, a government-appointed air safety panel) in a letter dated June 17, 2011.
23 hours ago

India allows entry of OCI cardholders for US, UK and selected countries

In addition, on Sunday the Ministry of Health & Welfare Organization issued revised guidelines for international flight passengers arriving in India.
1 day ago

One deceased passenger among the 19 who died in the Air India Express plane crash in Kozhikode, has tested positive. The passenger was returning to India from Dubai on the Vande Bharat repatriation mission flight on Friday night, August 7.
1 day ago

In one of the worst air disasters witnessed in Kerala, an Air India Express flight, returning from Dubai, crashed at the Kozhikode airport on Friday evening, leaving at least 19, of the 190 people aboard, dead including the pilot, Capt DV Sathe and his co-pilot Akhilesh Kumar.
1 day ago

Air India Express accident in Kozhikode on Friday might seem similar to another such tragedy in Mangalore, 10-years-ago, however, industry insiders cite vast technical differences between the two.
1 day ago

An Air India Express flight from Dubai to Kozhikode skidded during landing at Karipur Airport in Kerala's Kozhikode city today.
1 day ago

Ashish Gupta's election management agency MakeYouBig takes feedback from every booth and based on that draws out the next political strategies.
1 day ago

The top Saudi intel officer living in exile in Canada has accused Crown Prince Mohammed bin Salman of targeting him for assassination because he has knowledge of damaging secrets about the prince's rise to power.
2 days ago
1 2 3 4 5 6 7 8 9 10 Next 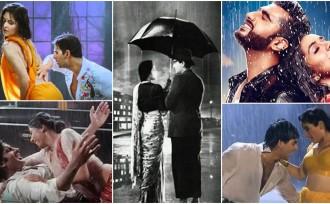 Monsoon Special: 10 romantic songs that will make you fall in love this rainy season
2 hours ago
MOST POPULAR