Vivo V20 is the newest entrant in the mid-range smartphone market under Rs 25,000. Let's find out if it's worth your money and how it fairs against the competition.
4 days ago

The mysterious UFO sighting has made several people believe that extraterrestrial aliens are already there on earth.
Sep 11, 2020

Vivo claims to be using electrochromic glass to achieve this dazzling effect, the same tech that OnePlus used on its 'Concept One' phone to obscure its rear camera from view when not in use.
Sep 6, 2020

The COVID-19 pandemic has caused a crash of the economy, now a BCCI official has revealed that the body may contemplate pay-cuts and layoffs in the future.
Aug 22, 2020

Big India companies including behemoths like Tata Sons and starts-ups such as Unacademy and Byju's, the ed-tech platforms had also placed bids for title sponsorship.
Aug 19, 2020

Vivo X50 falls short of the ultra-premiumness offered by its sibling X50 Pro, but doesn't disappoint given the low price tag and complimenting features.
Aug 13, 2020

IPL 13: BCCI team to arrive in UAE later this month for recce of facilities

Ahead of the tournament, the BCCI team of which IPL chairman Brijesh Patel will be a part, will vist UAE later in August to take stock of the facilities in place for event.
Aug 12, 2020

After Vivo's exit from IPL, organisers have had to turn to new sources of sponsorship. Now it's been confirmed that Patanjali will enter the bid.
Aug 10, 2020

BCCI President Sourav Ganguly recently spoke about Vivo's end of the road with IPL, and he calls it a 'blip' and not a 'financial crisis'.
Aug 10, 2020

It's almost time: Bumrah shares excitement ahead of IPL 13

Cricketers in India are getting ready for IPL to take off. As the 13th season approaches, Jasprit Bumrah took to Twitter to announce his excitement.
Aug 7, 2020

After IPL franchises lost Vivo sponsorship this year, the BCCI will now invite tender for new sponsors. This comes as BCCI and IPL's Governing Council both faced flak over retaining Vivo as a sponsor.
Aug 7, 2020

The cash-rich league has ties with numerous Chinese companies. In fact, all IPL franchises have sponsorship agreements with Chinese firms.
Aug 4, 2020

Vivo has said that it might walk away from IPL as a sponsor and this has made franchises nervous. However, BCCI has said that there's little cause for worry.
Aug 4, 2020

A $4.5 billion deal under which Alphabet's Google will collaborate with India's Reliance Industries on a new smartphone likely heralds a big shake-up for the world's second-largest mobile market, industry executives and analysts say.
Jul 20, 2020

India's New Consumer Protection Act is coming; how it can help you 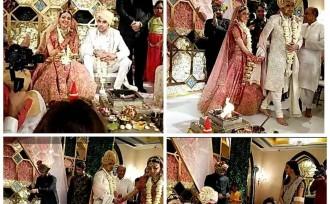 Kajal Aggarwal, Gautam Kitchlu hitched: Check out inside pictures from their fairytale wedding
13 hours ago
MOST POPULAR