The viral picture that shows US President's Hollywood Walk of Fame star vandalised is actually an old picture. Find out the truth.
7 hours ago

US President Donald Trump and PM Narendra Modi had a telephonic conversation, discussing various issues ranging from Indo-China relations, COVID-19 crisis, ongoing protests in the US and G7 summit.
8 hours ago

The post-mortem report states that George Floyd suffered a cardiac arrest while being restrained by Minneapolis Police and died of asphyxia.
15 hours ago

Mayweather's promotional company, Mayweather Promotions, confirmed on Twitter that the former five-division world champion has made the offer.
17 hours ago

Ilaiyaraaja birthday: The 5 Kannada songs that proves musician has no language barriers [Videos]

Check out the top five Kannda songs composed by Music Maestro Ilaiyaraaja, who is celebrating his 76th birthday.
20 hours ago

Police fired tear gas and rubber bullets to disperse peaceful demonstrators near the White House on as U.S. President Donald Trump vowed a massive show of force to end violent protests over the death of a black man in police custody.
22 hours ago

Houston Police Department Chief Art Acevedo stood in solidarity with the citizens of his city as they continue to protest the killing of the black man by a white cop.
1 day ago

The message highlights the actions of the MPD and calls for the other officers involved in George Floyd's arrest and subsequent death to face justice.
1 day ago

The death of George Floyd has unleashed anger and violent protests as the world continues to harbour racial discrimination. Western Union CEO has a strong message.
1 day ago

Sanjay Kundu, IPS is the new Himachal Director General of Police with his roots in Kashmir

Odisha's sportspersons gathered at the Kalinga Stadium to acknowledge and appreciated the Coronavirus frontline workers.
2 days ago

'I can't breathe' protests heat up as curfews imposed in several US cities; emergency declared in LA

Civil unrest flared and curfews were imposed in several major US cities as demonstrators took to the streets to vent outrage at the death of a black man shown on video gasping for breath as a white Minneapolis policeman knelt on his neck.
2 days ago

US President Donald Trump said he would postpone a Group of Seven summit he had hoped to hold next month until September or later and expand the list of invitees to include Australia, Russia, South Korea and India.
2 days ago

Singer Taylor Swift lashed out at President Donald Trump for his tweet that said protesters in Minnesota should be shot.
3 days ago
1 2 3 4 5 6 7 8 9 10 Next 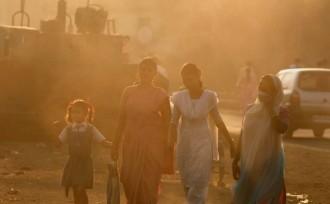 Today's CO2 levels higher than past 23 million years: Study
3 hours ago
MOST POPULAR