In exclusive conservation with International Business Times, India, Divya Khosla Kumar spoke at length about making her mark in Bollywood, being an independent woman and her upcoming projects.
10 hours ago

On completion of 15 years of Bunty Aur Babli, International Business Times, India lists down a few interesting facts about the film that will leave you awestruck.
15 hours ago

Twitter CEO Jack Dorsey appealed to "leave our employees out of this" as the face-off with Trump is likely to escalate.
20 hours ago

The dispute erupted after Twitter on Tuesday for the first time-tagged Trump's tweets about unsubstantiated claims of fraud in mail-in voting with a warning prompting readers to fact check the posts.
21 hours ago

Govt critics in Mumbai could end up in jail; BJP fights for 'freedom of speech'

Mumbai police say the order is to control the spread of fake news that is causing confusion in public and inciting mistrust against government functionaries during the time of coronavirus pandemic.
1 day ago

'Mom loves acting but couldn't do it because of family': Shantanu Maheshwari on working with his mother in D3 [Exclusive]

In conversation with International BusinessTimes, India Shantanu Maheshwari spoke at length about his D3 making a comeback, his tryst with facing the camera with his mom back then and how his first show changed the game for him.
1 day ago

Trailer begins with voice saying "The end is the beginning and the beginning is the end," the show's punch line. It follows saying "everything in life occurs in cycles. But this time it will be the last cycle"
2 days ago

In fact, in the last two weeks, it has steadily climbed the graph adding in two weeks more cases than it did in the first 100 days.
2 days ago

WHO warns of 'second peak' in areas where Covid-19 declining

Many European countries and U.S. states have taken steps in recent weeks to lift lockdown measures that curbed the spread of the disease but caused severe harm to economies.
2 days ago

There have been a lot of rumours on Janhvi making her debut in Telugu film industry. But looks like she is going to make it this time.
3 days ago

Director, Producer Karan Johar turned 48 today and wishes are pouring in from all across the Bollywood.
3 days ago

Actress Rashmika Mandanna has been flooded with thousands of suggestions after she asked a question to her fans that if she had to change her name, what they would want the name to be.
4 days ago

The renewal of third season comes after second season reportedly witnessed an increase of 25 per cent in viewership averaging 3.2 million viewers since the first season of the show.
5 days ago

A message doing the rounds on social media claimed that the government of Himachal Pradesh has decided to enforce a curfew in the state for an indefinite period.
5 days ago
1 2 3 4 5 6 7 8 9 10 Next 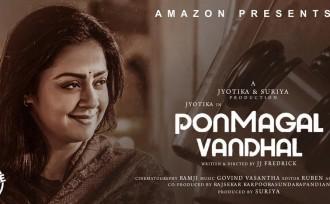