Caught in the eye of a storm over sheltering more than 2000 religious followers in a Delhi mosque during the COVID-19 lockdown, the chief of Nizamuddin Markaz, Maulana Saad, has been absconding after an FIR was filed by the Delhi Police against him.
12 minutes ago

In the ongoing Gautam Gambhir-MS Dhoni saga, another shot has been fired by the former India opener.
25 minutes ago

This was the second such incident from Indore. Earlier, locals from the city's Ranipura area had allegedly spat at health officials and abused them when they visited the area for the screening of coronavirus suspects.
1 hour ago

Coronavirus lockdown: This is how TMKOC stars Dilip Joshi and Munmun Dutta are spending their time

Just like the entire nation, the cast of Taarak Mehta Ka Ooltah Chashmah are following the government's instructions of staying at home.
1 hour ago

The video specially addressing the huge bulk of migrant workers from West Bengal urges them to stay safe in Kerala during the national lockdown.
1 hour ago

Meanwhile, positive cases of the Covid-19 pandemic have crossed the 2,000-mark tally in India.
3 hours ago

The DGCA has allowed the airlines to carry cargo with the passenger cabins and on seats, apart from the aircraft belly.
3 hours ago

In the letter, the states and the UTs were asked to submit an action taken report to the Ministry of Home Affairs (MHA) so it can be informed to the Supreme Court.
4 hours ago

A massive fire broke out at Shivajinagar's Bamboo Bazaar area in Bengaluru. Several shops were gutted in fire in Bengaluru's popular timber market area. No casualties have been reported so far.
5 hours ago

AR Rahman on congregating in religious places: God is inside your heart

AR Rahman has written a letter thanking the selfless doctors and asking people to do their bit when the world is hit by deadly Coronavirus aka Covid-19.
6 hours ago

Kapil Sharma birthday: Here are some unknown facts and pictures that tell his tale

While we wish the comedy star a very Happy Birthday, here is looking back at his rags to riches journey that is inspiring for many. Also some pictures of Kapil Sharma that prove he is a true family man at heart! Happy Birthday Kapil Sharma
8 hours ago

Happy Birthday Ajay Devgn: Films you can catch up on while you're waiting for Sooryvanshi

Bollywood actor Ajay Devgn in his own style has managed to identify himself as the action star of the Hindi film industry.
9 hours ago

On the day of April Fool, director Ram Gopal Verma took Twitter to declare that he has been tested positive with coronavirus but later declared that it was a joke.
15 hours ago

After Amitabh Bachchan and SRK, Sonakshi Sinha trolled for not making donations in COVID-19 funds

Sonakshi Sinha has been facing criticism for not contributing to the COVID-19 funds where her friends have made generous contributions.
15 hours ago

A notice issued to the doctors said that their resignations will not be accepted and that the hospital will write to the DMC office and the Nursing Council of India for disciplinary action.
15 hours ago
1 2 3 4 5 6 7 8 9 10 Next 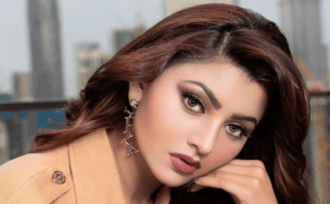 Urvashi Rautela trolled for plagiarism again, this time for her comments on Parasite
1 hour ago
MOST POPULAR