A Special CBI court on Monday sentenced former Union Minister Dilip Ray to three-years imprisonment in a coal block allocation case. Ray was the Minister in the Atal Bihari Vajpayee government in 1999.
22 hours ago

Anirban Bhattacharya gets candid on his newfound stardom, acting and more [Exclusive]

For Bengali cinephiles, Anirban Bhattacharya is somewhat like a breath of fresh air. At a time when most theatres were shut down, Anirban engaged us all with his online appearances and content.
1 day ago

Delhi Police Sub-Inspector Puneet Grewal, posted with the Special Cell, was arrested on charges of molesting multiple women and four cases registered against him, including one under the POCSO Act.
1 day ago

Bigg Boss 14: Salman Khan introduces wildcard contestants Shardul Pandit, Kavita Kaushik and Naina Singh. Even before they enter the BB 14 house, they indulge in a war of words (WATCH).
1 day ago

As the nation celebrates the auspicious occasion of Dussehra, we got in touch with Tusshar Kapoor for a candid chat. The actor-father spoke about how he is celebrating Dusshera in times of COVID-19, whether his son Laksshya understands the meaning of Dussehra and more. Read on.
2 days ago

In wake of the Galwan Valley clash between Indian and Chinese troops amid tensions on the Line of Actual Control, the government has given approval to the Indo-Tibetan Border Police (ITBP) to set up 47 Border Outposts (BoPs) to step up vigil along the border.
2 days ago

Jammu and Kashmir BJP wants the arrest of PDP chief Mehbooba Mufti over comment wherein she pledged not to hoist tricolour until the erstwhile state flag is restored.
3 days ago

As lakhs of Bihar voters are poised to exercise their franchise in the first phase of Assembly elections, the RJD on Saturday released its manifesto or vision document, reiterating the promise to recruit 10 lakh persons in government jobs if the party returned to power.
3 days ago

Borat 2 is all set for global debut on Amazon Prime Video and the actor Sacha Baron Cohen is busy promoting the film. In doing so, he tapped into the Indian sentiment by praising PM Modi. Watch the clip here.
3 days ago

2020 Mahindra Thar Review: Can it be your ONLY car or does it still hate tar

This 2020 Mahindra Thar review will not give you brochure numbers. It will tell how the new Thar feels from behind the steering wheel, and whether it finally qualifies to be a family car. We test the diesel manual hardtop LX!
3 days ago

Prabhas is celebrating his 41st birthday today. Celebrities including Deepika Padukone, Rana Daggubati, Rakul Preet Singh and Mahesh Babu took to social media to wish the Baahubali star. Scroll down to read some interesting facts about the 'Rebel star' we bet you didn't know.
4 days ago

Prime Minister Narendra Modi on Friday raised the issue of deadly Galwan Valley clash between India and China troops, scrapping of Jammu and Kashmir state's special status, and even the Pulwama attack in order to woo Bihar voters ahead of the Assembly elections.
4 days ago
1 2 3 4 5 6 7 8 9 10 Next 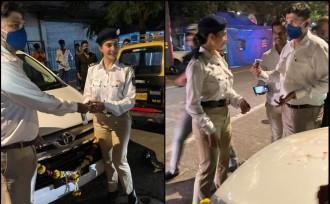