Why did Rajinikanth hesitate to hold Shobana's feet for a scene in Shiva; danseuse reveals

Shobana, who worked with Rajinikanth in the films like Siva, Thalapathi and Kochadaiiyaan, has revealed an interesting flashback story.
5 days ago

Shobana's files a complaint with police over her Facebook account hacked. On the other side, Nagma has shared throwback pics of her with Salman Khan.
Apr 22, 2020

From Mohanlal's Marakkar to Mammootty's One: 7 most anticipated Mollywood movies of 2020

International Business Times, India edition presents you the list of seven most anticipated Mollywood movies that will hit the screens in 2020
Jan 30, 2020

The annual reunion was organised by Megastar Chiranjeevi at his residence in Hyderabad, where around 40 actors from Telugu, Tamil, Malayalam, Kannada and Hindi film industry arrived.
Nov 25, 2019

Filmmaker Priyadarshan went on to direct over 90 films in Malayalam, Hindi, Tamil and Telugu.
Oct 4, 2019

Water only for VIP, affluent areas in Chennai? 100 hostels closed as crisis worsens

The new development comes after the Tamil Nadu government vehemently stating that there is no water scarcity in the city and added that the media is creating an "illusion of scarcity".
Jun 19, 2019

Ram Charan's wife Upasana Konidela has been honoured with the Dadasaheb Phalke Award for the Philanthropist of the Year for her amazing contribution to the society.
Apr 21, 2019

Andhra Pradesh CM and Telugu Desam Party (TDP) chief N Chandrababu Naidu has written to the EC claiming that nearly 30 per cent of the EVMs were not working properly till 10 am.
Apr 11, 2019

The fans of the mega family have urged Upasana Konidela to bring her husband Ram Charan on Twitter after she shared a photo featuring her with Jack Dorsey, the co-founder of the microblogging site.
Nov 13, 2018

Janmashtami: 7 must visit places to celebrate the birth of Lord Krishna

Krishna Janmashtami, also known as Gokulashtami, is a festival that celebrates the birth of Lord Krishna.
Aug 14, 2017 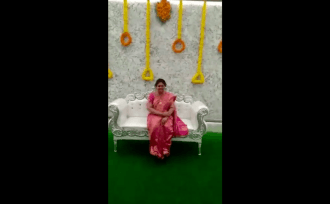