Singer Neha Bhasin reveals she was molested at the age of 10. Speaking of cyberbullying, the singer recalled receiving death threats online from fans of a popular K-pop band. Read on know more
4 days ago

Accused of sexual assault, Lord Ahmed retires from House of Lords to escape due expulsion

In 2019, Lord Ahmed was accused of exploiting his position to "pursue sex" with Tahira Zaman, two years ago, who asked him for help".
7 days ago

A six-year-old girl, who was found dead in Kanpur district of Uttar Pradesh was gangraped, killed and her lungs were then taken out of the corpse by the accused for an act of black magic.
8 days ago

Kerala Pradesh Congress Committee president Mullappally Ramachandran has been booked by the police for making derogatory comments against rape survivors. He apologized for the comments after a huge controversy.
20 days ago

Iwan Rheon, who played Ramsay Bolton in Game of Thrones, admitted that the Sansa Stark rape scene was very difficult to shoot. He even called it the "worst day" in his acting career.
22 days ago

Fortis in Gurugram has come under heavy fire after a 21-year-old patient was raped by a staffer inside the ICU. The accused had threatened to kill the victim if she informed anyone.
26 days ago

Fact-check: No, she is not an IAS officer nor is she linked to Hathras victim [viral video truth here]

Unrelated video of a Senior Associate at a marketing firm in Hyderabad is being shared as Hathras victim felicitated for topping her exams, whereas another theory suggests that she is IAS Annies Kanmani Joy.
29 days ago

Bagha, the sniffer dog, who has been playing an important role in solving criminal cases has solved at least 13 thefts and six murder cases. For solving the case of the gatekeeper, Bagha and handler were given the honour amount of Rs 10,000.
Oct 22, 2020

'I've shared everything with him': Payal Ghosh to Irfan Pathan over allegations against Anurag Kashyap

'India will not bow down' to 'Nitish Kumar will be next Bihar CM': Top statements by Amit Shah

China will not be able to take even an inch of Indian territory; says Amit Shah during an interview
Oct 18, 2020

Veteran actor Mithun Chakraborty's wife and son have been accused of rape and sexual assault and an FIR has been registered against the two.
Oct 17, 2020 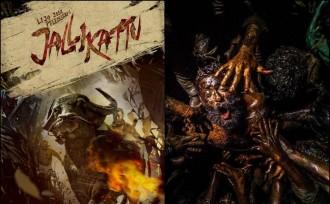 Breaking: Malayalam film Jallikattu is India's official entry for Oscars 2021 | Deets inside
2 hours ago
MOST POPULAR