Here's why Rafale aircraft's delivery to India may get delayed

As per schedule, France will be delivering 11 Rafale aircraft this year which may get delayed.
16 days ago

President Ram Nath Kovind Monday, March 16 nominated former Chief Justice of India Ranjan Gogoi to the Rajya Sabha. The former CJI will be the 12th nominated member in the Upper House of Parliament and replace KTS Tulsi, who is retiring.
18 days ago

'Judiciary, legislative must work together': Former CJI Ranjan Gogoi on why he accepted RS nomination

The former CJI, Ranjan Gogoi will be the 12th nominated member in the Upper House of Parliament and replace KTS Tulsi, who is retiring.
20 days ago

Make in India: Defence PSUs to struggle over lack of orders & under-utilisation of production facilities

The Hindustan Aeronautics Limited which has experience in manufacturing aircraft including Russian-origin Sukhoi-30MKI fighters, Tejas jets, and Dhruv advanced light helicopters has no new orders beyond 2021-22.
21 days ago

Iraq rocket attack: US, UK troops among 3 dead in attack on Camp Taji

One British and two American personnel were killed and about a dozen people were wounded when 18 small rockets hit Iraq's Taji military camp north of Baghdad.
25 days ago

Astronomers detect largest explosion in the universe since the Big Bang

The explosion from a black hole 390 million light-years from Earth punched a cavity to fit 15 Milky Way galaxies.
Feb 28, 2020

On this day a year ago, the Balakot airstrike was successfully carried out by the Indian Air Force.
Feb 26, 2020

Balakot airstrikes across the line of control was one of the most daring operations conducted by the Indian Air Force.
Feb 26, 2020

The Indian Airforce needs at least 42 squadrons of fighter aircraft to fight a two-front war against China and Pakistan
Feb 17, 2020

One year of Pulwama: What happened during the deadliest terror attack

Tensions flared up between India and Pakistan after the convoy of 78 buses, in which around 2500 CRPF personnel were travelling from Jammu to Srinagar, came under attack.
Feb 14, 2020

The offer, which is in the premature stage, will be the part of the project Medium Multi-Role Combat Aircraft 2.0 or simply project MMRCA 2.0 under which IAF is planning to induct 114 new combat jets worth around $ 18 billion.
Feb 13, 2020

Meghan Markle and Prince Harry criticised for their double standards yet again?

Reportedly, Prince Harry and Meghan Markle chose to speak on stage at the 'Alternative Investment Summit' in Miami.
Feb 12, 2020

Meet UXOR, DRDO Robot that can defuse bombs up to 1000 kg

Notably, the need for such a vehicle was realized after the Pakistani Airforces' attack on Indian defense establishment in Jammu and Kashmir after Indian conducted an airstrike against terrorist camps in Balakot and many ordnance left unexplored.
Feb 8, 2020
1 2 3 4 5 6 7 8 9 10 Next 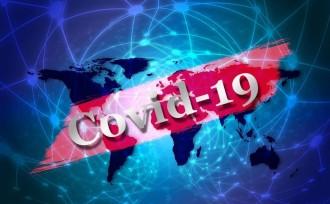