2019 Emmy awards: When and where to watch online

Emmy Nominations 2019 and how to watch them online

Emmy nominations for 2019 are finally here and several big names have made it to the final cut.
Jul 17, 2019

This Mother's Day, ditch that restaurant reservation, grab some popcorn with your mum, and binge watch these shows that are full of drama, humour and love.
May 11, 2019

YouTube coming back to Amazon Fire TV, so does Prime Video on Google Chromecast, Android TV

The Golden Globe award winner could not hold herself back when a Twitter user pointed out how terrible of a parent Midge was in the show.
Feb 12, 2019

So here is the list of nominees and winners of the 76th Golden Globe Awards.
Jan 7, 2019

India-based Designmate's Froggipedia has been crowned the iPad App of 2018. Read to know about Apple's best of 2018 apps, movies, books and more.
Dec 4, 2018

Scarlett Johansson, currently the highest paid movie star, attended the gala night to support her boyfriend Colin Jost, who co-hosted the Emmys with Michael Che. Check out the other stars.
Sep 18, 2018

The 70th Emmy Awards 2018 function was hosted by Saturday Night Live's Colin Jost and Michael Che. The best of shows and actors bagged the awards they very much deserved. Check the list to see if your favourite show has bagged the prize.
Sep 18, 2018

70th Annual Emmy Awards 2018: List of nominations and other details

Mother's Day 2018: A look at amazing moms from the TV world

On the occasion of Mother's Day, here's a look at a few women who have redefined how mothers are seen on TV.
May 13, 2018

Golden Globes Nominations 2018: It's Game of Thrones vs. Stranger Things in the Best TV Drama category 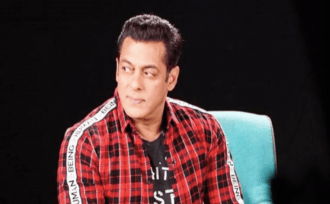 Salman Khan delivers on his promise: Radhe worker confirms money transferred despite no shoot
33 minutes ago
MOST POPULAR