Even African Americans can be racist; here's definitive proof [Watch]

The internet is full of videos about how racist individuals attack people of colour and different race almost anywhere. But here's an incident that shows an African American spewing racial slurs at an Asian family.
24 minutes ago

Uyghur crisis a genocide; How Canada could make China pay for its atrocities

The Canadian parliamentary committee is the first parliamentary body to declare China's atrocities against Uyghur muslims a genocide, setting a precedent for others to follow.
1 hour ago

The Chinese family had stored the home-made noodles in the freezer for over a year, which turned poisonous. Nine members died within days of consuming the deadly meal.
3 hours ago

Ahead of the upcoming Bihar Assembly Elections, here's a complete guide on how to cast your vote using EVM and VVPAT machines.
6 hours ago

Verizon Business and Cisco's revolutionary solution will make the sports and entertainment solutions enjoyable and secure.
9 hours ago

National Police Commemoration Day is observed every year on October 21 in the remembrance the brave policemen who sacrificed their lives while discharging their duties.
15 hours ago

Coronavirus vaccine update: US trial of AstraZeneca COVID vaccine may resume this week

AstraZeneca's large, late-stage U.S. trial has been on hold since Sept. 6, after a participant in the company's UK trial fell ill with what was suspected to be a rare spinal inflammatory disorder called transverse myelitis.
17 hours ago

Chinese soldier, who strayed across LAC in Ladakh, handed back to PLA

A Chinese soldier, who was apprehended by the Indian Army in the Demchok sector of eastern Ladakh after he had strayed across the Line of Actual Control (LAC), was handed back to China.
17 hours ago

LFW 2020: Kartik Aaryan loves his royal attire, wants to do film in it; Janvhi Kapoor disagrees

Lakme India Fashion Week 2020: Kartik Aaryan looks like a royal prince in Manish Malhotra's fashion film 'Ruhaaniyat'. The actor aspires to do a film in his new legal look. Scroll down to read how his Dostana 2 co-star Janhvi Kapoor reacted.
23 hours ago

Kapil Sharma finally responded to Mukesh Khanna's 'vulgar show' comment. He said that no matter what he will try to make people smile during this crucial stage of the pandemic. Scroll down to read the entire conversation
1 day ago

Roll over: LG's smart TV costs more than a BMW; here's why

LG has launched the world's first rollable TV and it's price tag is gaining all the attention. At Rs 64 lakh, LG's smart TV is costlier than BMW 5 Series 530i Sport.
1 day ago

The arbitration proceedings between Amazon and Kishore Biyani have begun in Singapore. Former Attorney General of Singapore, V.K. Rajah concluded arbitration hearing on Friday, October 16 and will deliver his ruling on or before Monday, October 26, sources said.
1 day ago

Meena Harris, the neice of Kamala Harris shared a controversial meme and then deleted following backlash. Kamala Harris doesn't even know Navaratri is a nine-day affair, the Democratic Vice Presidential nominee's tweet comes under the scanner.
2 days ago

Bharti Airtel in a statement said that a clerical error caused inadvertent sharing of vital customer information and, in fact, thanked the subscribers who flagged the issue.
2 days ago 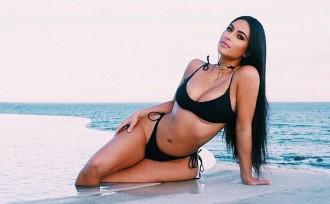