In the Jeff Bezos vs Mukesh Ambani battle royale for the Indian retail market, which is now also evolving into a 'videshi vs swadeshi' battle, questions are being raised by corporate watchers.
2 days ago

Quitting the Bharatiya Janata Party, after remaining in political wilderness for over four years, senior leader Eknath Khadse on Wednesday said he was "leaving only because of Devendra Fadnavis".
8 days ago

The arbitration proceedings between Amazon and Kishore Biyani have begun in Singapore. Former Attorney General of Singapore, V.K. Rajah concluded arbitration hearing on Friday, October 16 and will deliver his ruling on or before Monday, October 26, sources said.
9 days ago

The BJP on Sunday released a list of 46 candidates for the 2nd phase of the Bihar elections slated for November 3, including Nand Kishore Yadav from the prestigious Patna Sahib constituency.
18 days ago

According to a note released by the KPCL, the condition of two of the injured persons is stated to be critical. The injured are being treated at different hospitals.
26 days ago

Babri Masjid demolition verdict today | All you need to know

The Babri demolition case has lost much its steam after the Supreme Court, on November 9, 2019, allowed construction of Ram temple at the disputed site where the mosque once stood in Ayodhya, settling the land dispute.
29 days ago

Ravinder Takkar will not be paid any remuneration for his current three-year term, according to a proposal by Vodafone-Idea Limited.
Sep 11, 2020

Mahesh Babu's nephew Sudheer Babu revealed that he kept experimenting with different kinds of training to get the best shape to play the role of a police officer in Nani's 25th landmark movie V.
Sep 5, 2020

Mohana Krishna on Nani's V: Our intent was to create a consistent visual experience

Director Mohana Krishna Indraganti has opened up on the shooting of Nani's V in 5 states and 1 international location and said that his intent was to create a consistent visual experience and color palette for our viewers.
Sep 2, 2020

Future Group's portfolio composition in apparel, general merchandise and own FMCG brands will allow for a wider offering to its customers.
Aug 30, 2020

The Central Bureau of Investigation has questioned Rhea Chakraborty for the first time in connection with Sushant Singh Rajput's case.
Aug 28, 2020

Post fake news and we will notify your employers: Andhra BJP warns

Criminal action will be initiated against those who post such "false, objectionable and defamatory" news or videos on their social media accounts
Aug 23, 2020

In an exclusive conversation with International Business Times,India, Armaan Malik spoke at length about his struggles as a budding singer, what made him keeps him grounded, why he has eliminated from the show Sa Re Ga Ma Pa Lil champs, his relationship with Sonu Nigam and more.
Aug 18, 2020

Celerating Johnny Lever's 63rd birthday, let's have a look at some amazing roles played by him, that made us 'Laugh out Loud'.
Aug 14, 2020 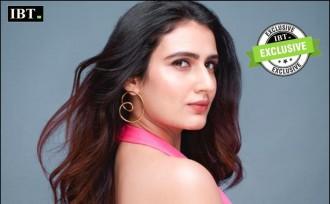