Wikipedia could be blocked in India if it fails to rectify erroneous map; here's why

Wikipedia page on Bhutan-India relations shows an erroneous map of J&K. The center has allegedly ordered the digital encyclopedia to rectify the error or face dire consequences.
1 day ago

After former J&K Chief Minister and National Conference president Farooq Abdullah, his brother Mustafa Kamal's name has also come to the fore for allegedly benefiting from the Roshni Act, which has since been struck down by the Jammu and Kashmir High Court.
3 days ago

An old photo from the Article 370 abrogation protest has gone viral on social media but is being linked to the ongoing farmers' protest.
3 days ago

The Organisation of Islamic Cooperation (OIC) has made questionable remarks about India's recent policies on J&K, to which the MEA has slammed the Muslim bloc.
3 days ago

The District Development Council (DDC) polls, the first since the erstwhile state was bifurcated into two union territories last year, recorded around 40 per cent polling in six hours in the first phase on Saturday. The final figures are still awaited
5 days ago

The BJP released a 20 point manifesto today, November 26 promising jobs, retrieving encroached land, encouraging tourism, better roads and power infrastructure, regularisation of jobs and much more. Scroll down to know what are the points included in the manifesto
7 days ago

12 years of Mumbai attacks: A look at major terror attacks in India post 26/11

As India observe the 12th anniversary of deadly Mumbai attacks, let's have a look at major terrorist attacks that took place in India in the last 12 years.
7 days ago

In a major setback for Mehbooba Mufti, three more leaders of People's Democratic Party (PDP) of Jammu and Kashmir resigned on Thursday, saying the party has been toppled by communal elements.
7 days ago

Two Indian Army jawans were reportedly killed in a terrorist attack. The attack took place at the Indian Army Road Opening Party (ROP) at HMT, located outskirts of Srinagar. Thic comes ahead of the District Development Councils (DDCs) elections in the valley.
7 days ago

Got govt job, rose rank with increments in J&K - all with fake documents; ACB registers case

Mohammed Shafi Shah not only secured a job but was promoted to the post of assistant general manager in J&K Project Construction Corporation. From the mark sheet of Class to his engineering diploma, every single document was fake.
11 days ago

Defence Minister Spokesman Colonel Devender Anand said that the unprovoked LoC ceasefire violation by Pakistan with small arms and shelling with mortars was reported around 11.15 am.
11 days ago
1 2 3 4 5 6 7 8 9 10 Next 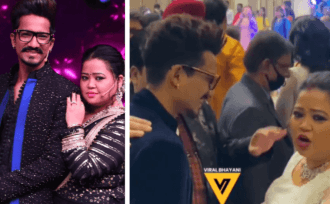