Two conmen have allegedly duped a doctor by selling him "Aladdin's lamp" in Meerut district of Uttar Pradesh. In a complaint, the doctor said that they even managed to summon a "Genie" by rubbing the lamp.
11 hours ago

A driver rammed his car into the outer-perimeter gate of the Grand Mosque in Mecca late in an incident that went viral on social media. No casualties were reported. The driver has now been arrested.
19 hours ago

Three welders of Srikakulam district in Andhra Pradesh, who were abducted in Libya, have safely returned home to Seetanagaram in Sompeta Mandal.
20 hours ago

The I&B ministry in its reply said it was not aware of the 2016 memorandum directing that personal details of applicants shall not be disclosed.
1 day ago

Fortis in Gurugram has come under heavy fire after a 21-year-old patient was raped by a staffer inside the ICU. The accused had threatened to kill the victim if she informed anyone.
1 day ago

Karnataka cop responsible for tackling betting racket, arrested for running one himself

The husband of a Dalit village head was allegedly set ablaze by miscreants due to political rivalry. He was found in flames on the outskirts of Bandoiya village, late on Thursday night and the local people informed the police.
1 day ago

A viral video surfaced showing vehicles driving over the posters of the French President Emmanuel Macron which were glued to the roads in Mumbai's Bhendi Bazaar. Macron called the Nice church attack an "Islamist terrorist attack".
1 day ago

Justice Sreenivas Harish Kumar granted bail to the accused on health grounds. Besides this the court also allowed the accused to be released on furnishing a bond for Rs 5 lakh and two sureties for the like amount to the satisfaction of the trial court.
2 days ago

Former Malaysia PM Mahathir Mohamad says irrespective of the religion professed, angry people kill and how the French have killed millions too.
2 days ago

Three BJP workers were killed in a deadly shootout in Kulgam district on Thursday. The
2 days ago

A woman was beheaded by an attacker with a knife who also killed two other people at a church in the French city of Nice on Thursday, police said, in an incident the city's mayor described as terrorism.
2 days ago 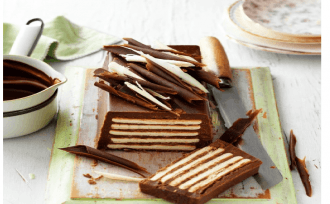